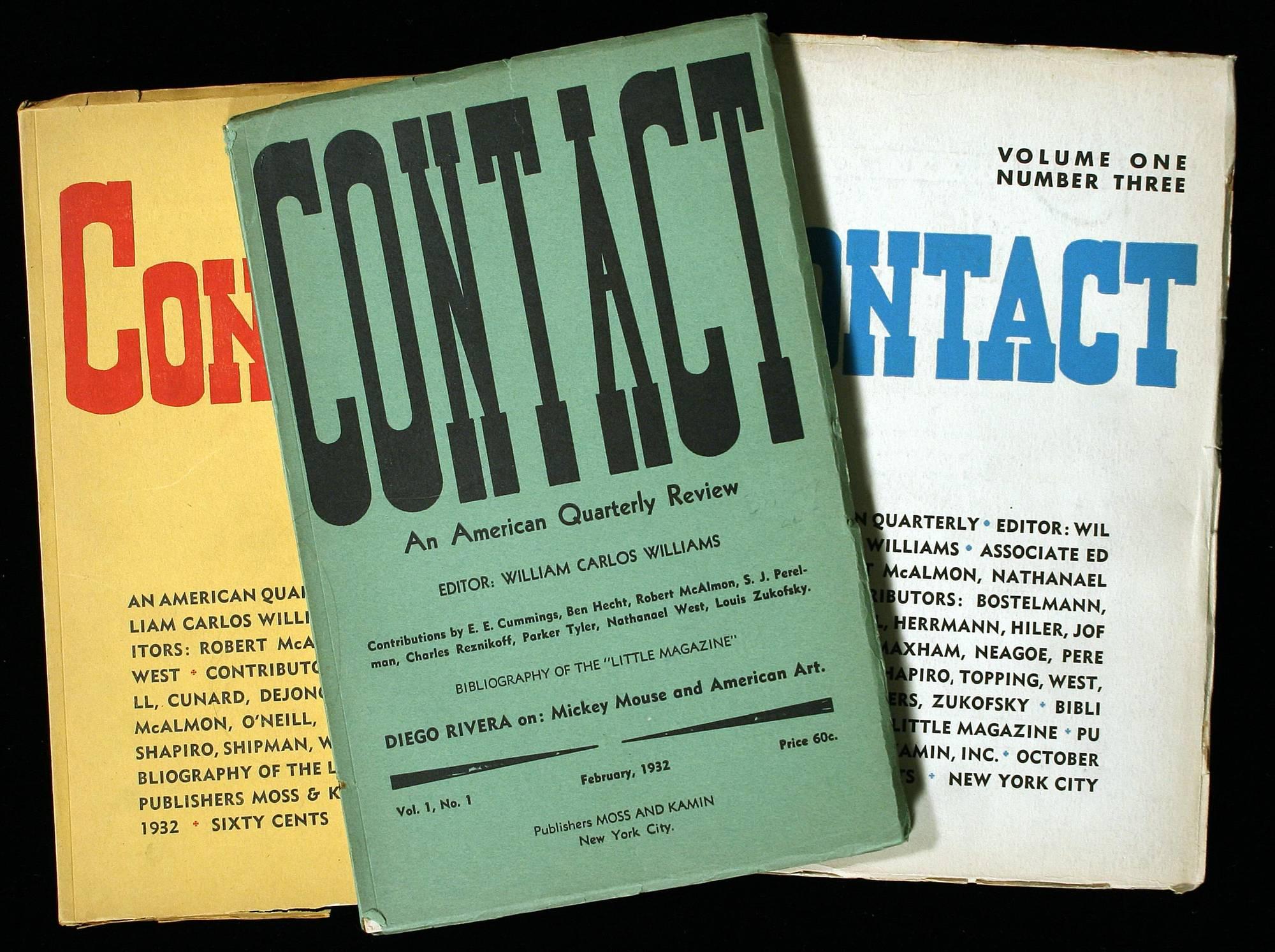 Modernist poet and author William Carlos Williams was a contemporary of Robert Frost and T.S. Eliot. On occasion his poetry was overshadowed by the work of his more famous peers but this does not detract from his legacy. Williams received numerous awards and honors for his work, including a posthumous Pulitzer Prize, and critics agree that his 1923 book, Spring and All, is a seminal piece in the modernist genre of poetry. It is often cited as one of the most influential books of the 20th century.

Williams' early poetry used free verse, rather than rhyme, to create images of the subjects he wrote about. This "imagism" school of poetry was eventually abandoned by Williams as, like many American poets of the day, he turned away from the European style to create work that was more focused on the language of his home country. This style was fresh and raw, with subjects based in the everyday things that his American audience would be familiar with.

First editions of Spring and All are relatively rare as the initial print run of the book was just three hundred and was not widely successful at the time. On exportation to the United States, many copies of the book were simply confiscated as "foreign work" and therefore likely to contain salacious material. At auction, first editions from Contact Publishing have exceeded $500. His other works can also attract significant prices with his prose book, in the American Grain, from 1925 reaching $900 for a first edition. A particularly rare, signed first edition of An Early Martyr has also realized more than $1,600.

Perhaps not as widely recognized or acclaimed as his peers, Williams had a significant influence on more modern poetry and his work is important in the field. Collectors may find this attractive in its own right, but with the small print runs for a number of his publications,there is additional incentive for owning Williams' work.

Williams, William Carlos. Sour Grapes. The Four Seas Company, Boston (1921). A Book of Poems; Autographed with the tremulous signature of Williams after his second stroke and dated by him Mar. 18, 1954; contains: The Widow's Lament in Springtime, Spouts, Light Hearted William, Portrait of the Author,.

Williams, William Carlos. Knife of the Times and Other Stories. Dragon Press, Ithaca, New York (1932). design by Olaf A. Brauner; Includes The sailor?s son, Mind and body, and A descendant of kings; 500 copies.

Williams, William Carlos. Poet of the Month Series. New Directions, New York (1941). Among the volumes: THE BROKEN SPAN by William Carlos Williams; SOME POEMS AND A DEVOTION by John Donne; THE PARADOX IN THE CIRCLE by Theodore Spencer; POEMS ON SEVERAL OCCASIONS by Josephine Miles; SHENANDOAH by Delmore Schwartz MORE POEMS FROM THE PALATINE ANTHOLOGY by Dudley Fitts and POEMS FROM THE BOOK OF HOURS by Rainer Maria Rilke.and THE DRY SEASON by Malcolm Cowley; 12 volumes.

Williams, William Carlos. Make light of it. Random House, New York (1950). Collected stories; Includes The knife of the times, Life along the Passaic River and Beer and cold cuts

Williams, William Carlos. I Wanted to Write a Poem. Beacon Press, Boston (1958). The Autobiography of a Poet; Recorded and Edited by Edith Heal.