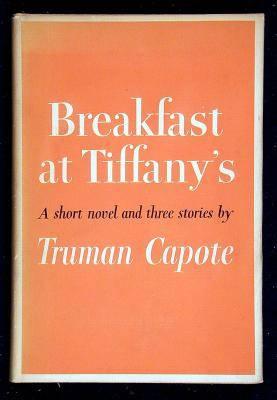 Capote work earned him the status as a major gay rights icon. His most famed novella, Breakfast at Tiffany's, showcases a unique, isolated period in time-the New York City social scene of the 1940s. His novella is a fine example of literary realism post the era of American Realism in the late 19th to the early 20th century. His most famous novel, In Cold Blood, first coined the genre "non-fiction novel," an effort combining the facts of journalism and the storytelling techniques of fiction. In Cold Blood's publication spurred a literary movement comprised of similarly styled non-fiction novels in the mid-late 1960s, including Hunter S. Thompson's Hell's Angels, Norman Mailer's Armies of the Night, and Tom Wolfe's The Electric Kool-Aid Acid Test.

Capote was good childhood friends with fellow Southern Gothic writer, Harper Lee, author of To Kill a Mockingbird. Literary experts suggest that the two authors assisted each other with the research and writing of both of their most significant works, Mockingbird and In Cold Blood. Capote and Lee became increasingly estranged after Lee won the Pulitzer Prize for Mockingbird and after the publication of In Cold Blood.

Capote was an accomplished writer and celebrated from a young age, so the work from his career was printed in bulk. Due to Capote's celebrity status, signed copies of his books are fairly common. Therefore, the pricing of his 1st editions is largely dependent on the individual copy's condition versus the rarity of the work itself. A copy of Breakfast at Tiffany's in good condition is his most sought after work for 1st edition collectors.

Capote, Truman. The Muses Are Heard. Heinemann (1957). An Account Of The Porgy And Bess Visit To Leningrad; First English Edition