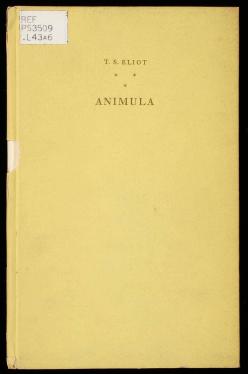 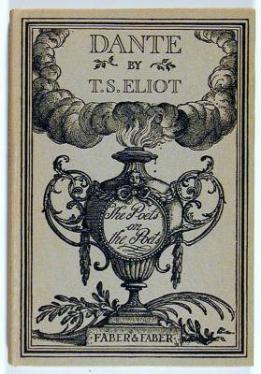 T.S. Eliot is a poet of great renown, a historical figure of such stature that despite his acclaim and success during his lifetime that led to a huge number of his books being printed, prices for Eliot collectibles are still very high, and so he is usually collected by the very devoted and investors with deep pockets.

Entry-level Eliot signatures are, while more reasonable than the higher-end options, still not cheap. Anything with T.S. Eliot's signature on it is unlikely to sell for less than $300, no matter what condition it's in. First editions, however, are plentiful enough that these can be obtained for substantially cheaper, though prices will vary wildly depending upon the condition and popularity of the book in question.

Serious collectors looking to make a large investment in a T.S. Eliot piece will have no trouble finding several to choose from. While there have been no auctions or recovered pieces in recent years, there are several for sale at prices somewhat prohibitive to the casual collector. First edition copies of The Waste Land can, even without a signature, sell for anywhere from $30,000 to $55,000 if they had a notable previous owner or a typing mistake. Other valuable first editions include Prufrock and Four Quartets. Many of Eliot's signed copies are numbered, which can help collectors verify the authenticity before buying, an important detail when making a sizeable investment.

Eliot, T. S. Selected Essays 1917-1932. Faber, London (1932). 115 numbered and signed copies. Collects thirty-three essays of literary criticism, includingTradition and the Individual Talent andThe Function of Criticism, as well as pieces on the Greek classics; Shakespeare, Ben Johnson, and other Elizabethan dramatists; Dante; William Blake and other Metaphysical poets; and modern authors such as Dickens and Baudelaire.

Eliot, T. S. The Uses of Poetry and the Uses of Criticism thudies int eh relation of criticism to poetry in england. Harvard University Press (1933). The Charles Eliot Norton lectures for 1932-1933.

Eliot, T. S. Murder in the Cathedral. H. J. Goulden, Canterbury (1935). Acting edition for the Festival of the Friends of Canterbury Cathedral. 750 copies.

Eliot, T.S. Four Quartets. Faber, London (1960). 290 copies printed on Magnani paper using the Dante typeface on the hand-press of the Officina Bodoni in Verona and signed by the author.

Eliot, T.S. The Waste Land. Faber, London (1961). 300 copies hand printed in Verona by Giovanni Mardersteig at the Officina Bodoni and signed by Eliot.

Eliot, T.S. The Waste Land: A Facsimile and Transcript of the Original Drafts, Including the Annotations of Ezra. Harcourt Brace Jovanovich, New York (1971). 250 copies. With portrait and three plates.

Eliot, T.S. The Waste Land. Faber, London (1971). 500 copies. A facsimile and transcript of the original drafts. Edited By Valerie Eliot with annotations of Ezra Pound.