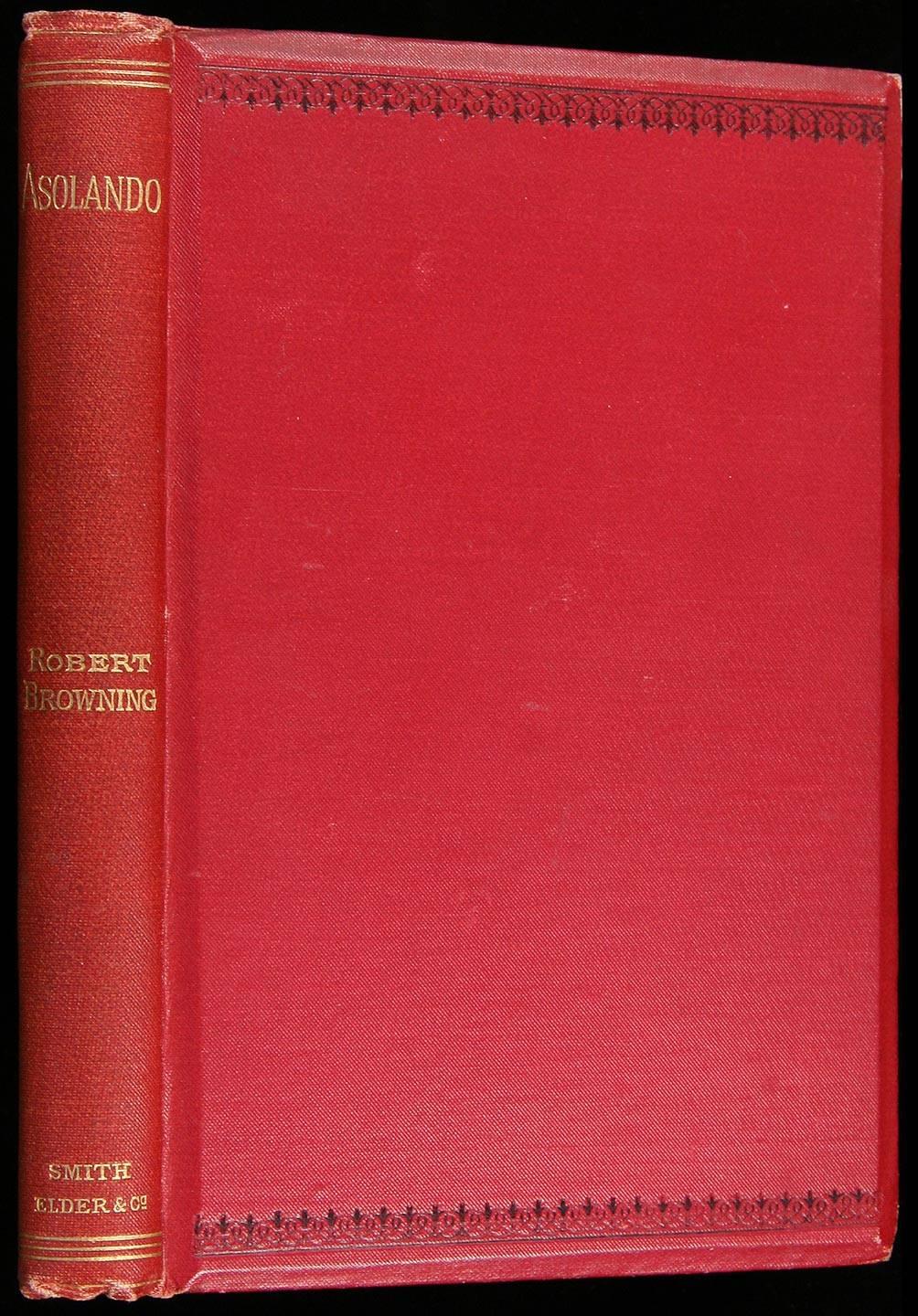 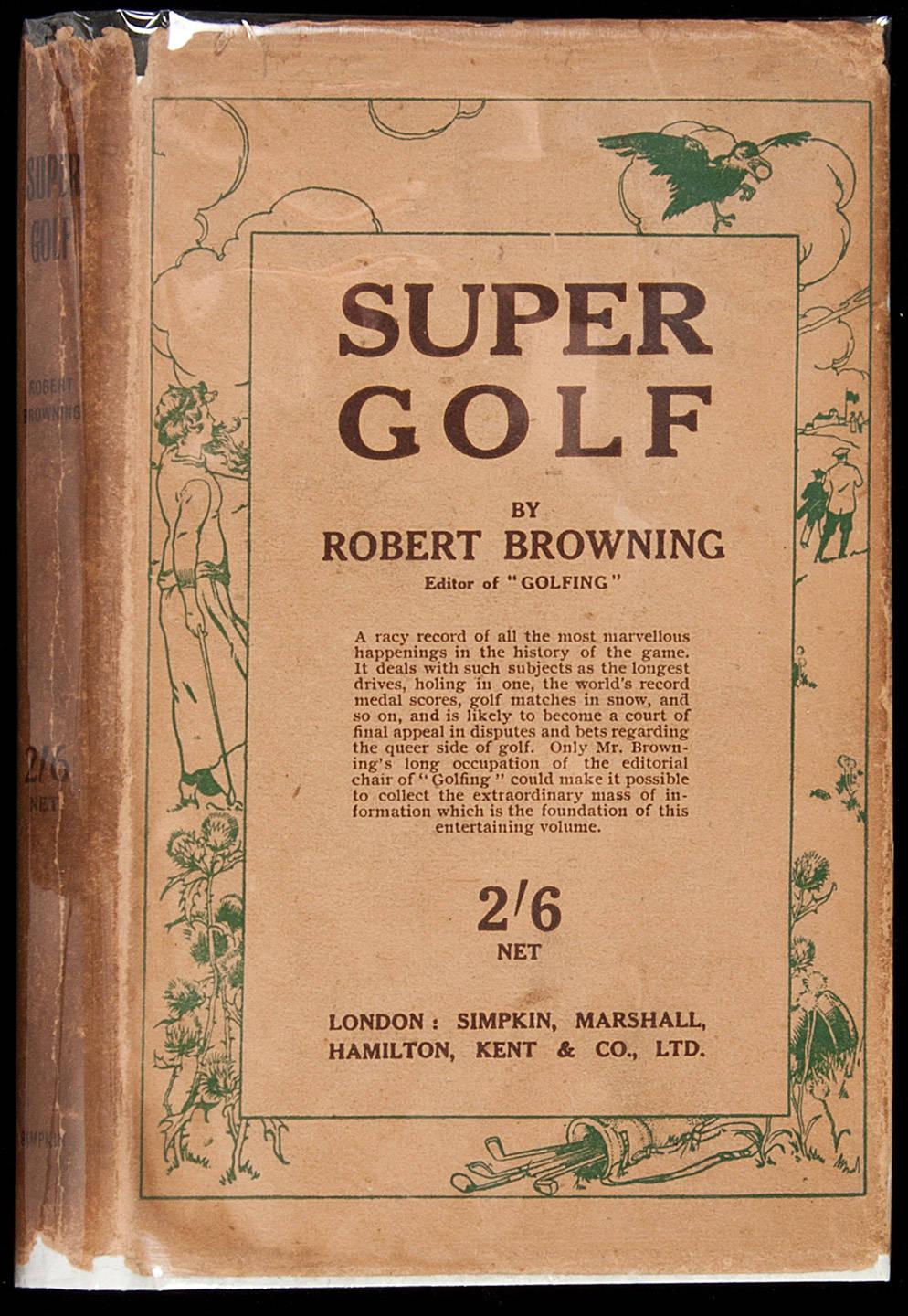 Robert Browning is one of those curious mixtures of modern sensibility with a Romantic's soul so commonly found in the nineteenth century. Like others of his time (Darwin, Alexander Bell), Browning's personality was one that veered towards the new science and technology that was starting to be born in the wake of the mass industrialisation of Europe. His voice was one of the first to be recorded on wax cylinder, reciting his poem How They Brought The Good News From Ghent To Aix, which is now regarded as the first recording to be aired after the original speaker's death (in 1889).

Robert Browning's work however, cannot be much different from his progressivist and modern interests. He wrote poems, soliloquys and monologues as well as epic verse, much in the style of the Victorians and the Romantics. His earliest works paid a great tribute to Shelley in particular, whilst his work Paracelsus was devoted to semi mystical subjects such as alchemy and religion. Browning's work itself has a whimsical edge, placing it in that fine British tradition that leads to nonsense rhymes, nursery tales, or folk sayings.

His whimsical nature however, did not extend to his own personal beliefs, as he was a staunch opponent of Spiritualism and Mediumship, which he saw as an unabashed fraud. Browning married the very well respected poet Elizabeth Barrett, whose fame eclipsed his own, yet together they formed a happy union. Later commentators - particularly the modernists Anthony Burgess, T.S. Elliot have later said of Browning that he is a poet whom they all deeply admire and 'want to like' but whose work remains troublesomely insubstantial. Perhaps one of Browning's lasting achievements is to remain elusive, and paradoxical to modern ears.

For the collector, the most sought-for item would be his very early work, the Paracelsus, 1835 from Effingham Wilson. The First Edition is still available with an attractive red hard cover, for as little as seven hundred US dollars. The volume may not age well or increase in value by a considerable amount, so be sure to choose an edition in good to near mint as possible condition.

Browning, Robert. Dramatis Personae. Chapman and Hall (1864). Comprised Of Eighteen Poems IncludesCaliban Upon Setebos, Which Examines The Nature Of Primitive Man, Drawing On Darwins On The Origin Of Species,Rabbi Ben Ezra,Mr. Sludge, The Medium.

Browning, Robert. Pacchiarotto and How he Worked in Distemper. Smith, Elder, and Co. (1876). With Other Poems.

Browning, Robert. The Agamemnon of Aeschylus. Smith, Elder and Company (1877).

Browning, Robert. Parleyings With Certain People of Importance in Their Day. Smith, Elder (1887). To Wit, Bernard De Mandeville, Daniel Bartoli, Christopher Smart, George Bubb Dodington, Francis Furini, Gerard De Lairesse, And Charles Avison; Introduced By A Dialogue Between Apollo And The Fates; Concluded By Another Between John Fust And His Friends.

Browning, Robert. The Pied Piper of Hamelin. Harry Quilter (1898). A Childs Story Set Forth In A Series Of Designs And Decorative Borders By Harry Quilter, Barrister-At-Law And Written In Ornamental Text By Mary His Wife; Printed By Lemercier; Illustrated Throughout By Harry Quilter; 100 Copies.

Browning, Robert. The Poetical Works of Robert Browning With Portraits. Smith, Elder and Co. (1899). 6 Volumes; With Introductions And Notes; With Portraits.

Browning, Robert. Three Lyrics by Robert Browning. Gamble Hinged Music Co and New York (1910). Set To Music By Daniel Protheroe; Each Separately Dedicated:Ah, Love, But A Day To Mr. H. Evan Williams;I Send My Heart Up To Thee To Mr. Evert Pieters;The Years At The Spring To Mr. Daniel Beddoe.

Browning, Robert. The Works of Robert Browning. London Smith Elder and Co. (1917). Centenary Edition In 10 Volumes; Limited To 26 Copies On Vellum And 500 Copies On Antique Laid Paper; Illustrated With 10 Black-And-White Engraved Portraits Of Browning By Emery Walker After Various Artists As Frontispieces; With A Preface And Introductions To Each Work By F.G. Kenyon, C.D., D.Litt.

Browning, Robert. The Pied Piper Of Hamelin. George G. Harrap and Co. Ltd (1934). Illustrated By Arthur Rackham; Total 410 Copies; Only 400 Copies For Sale. Four Color Plates And Fourteen Drawings In Black And White (Including One Double-Page).

Browning, Robert. My Last Dutchess and Other Poems. Caedmon Records (1965).