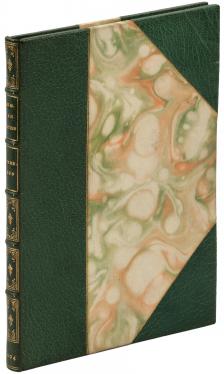 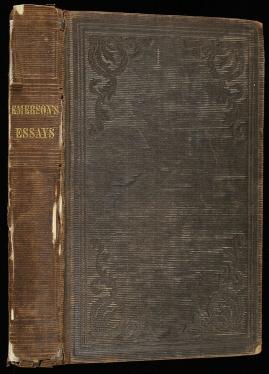 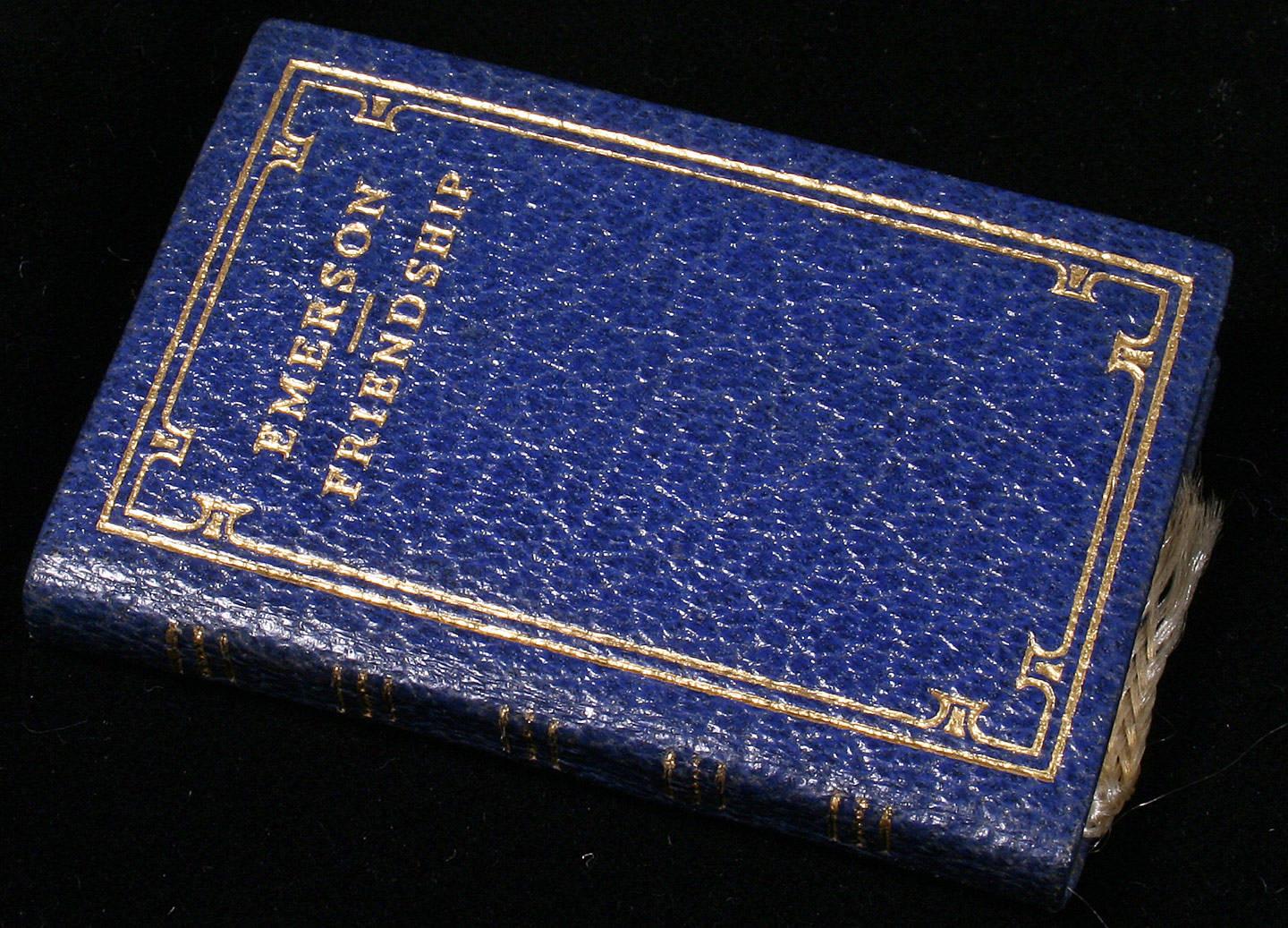 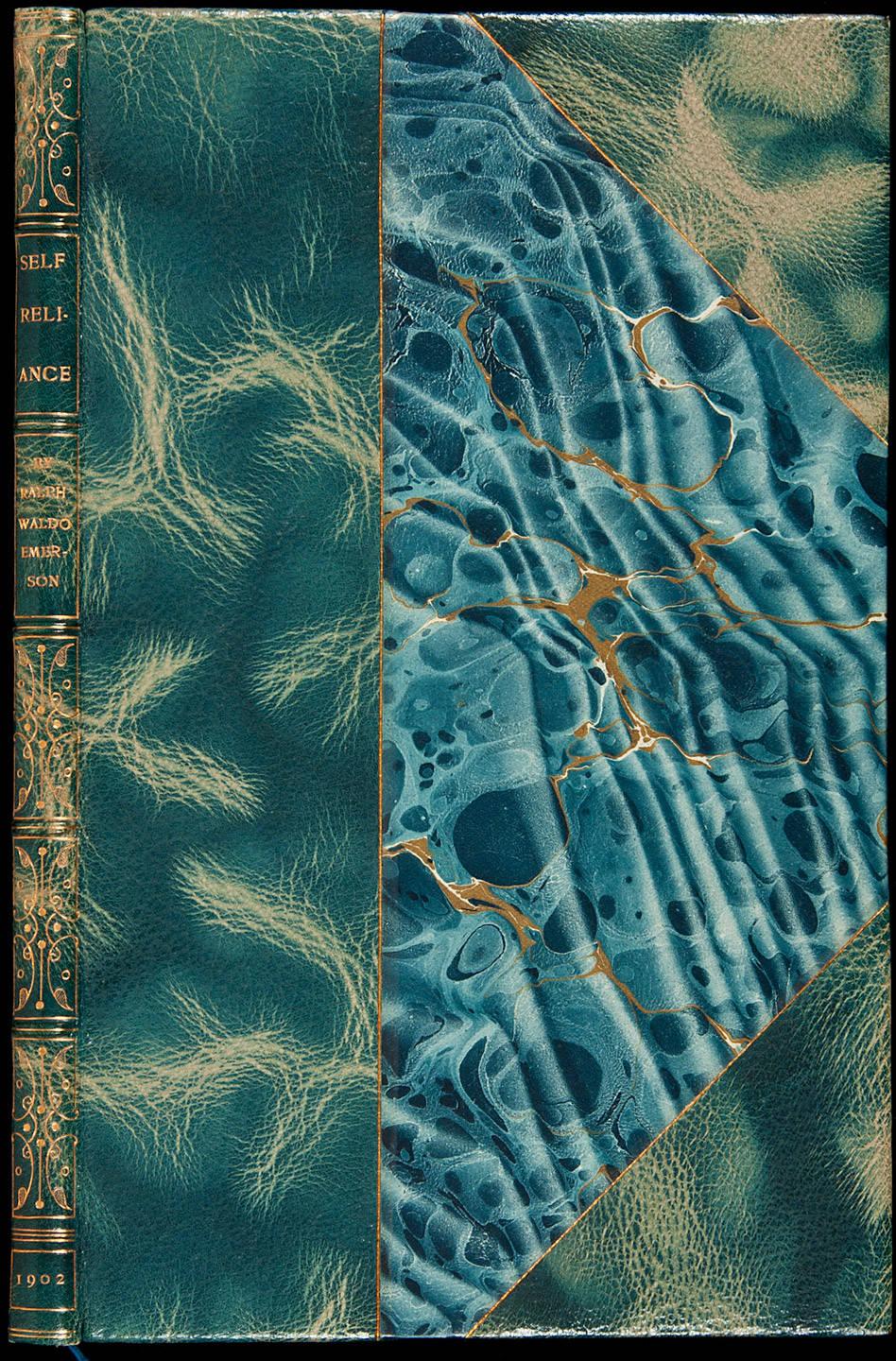 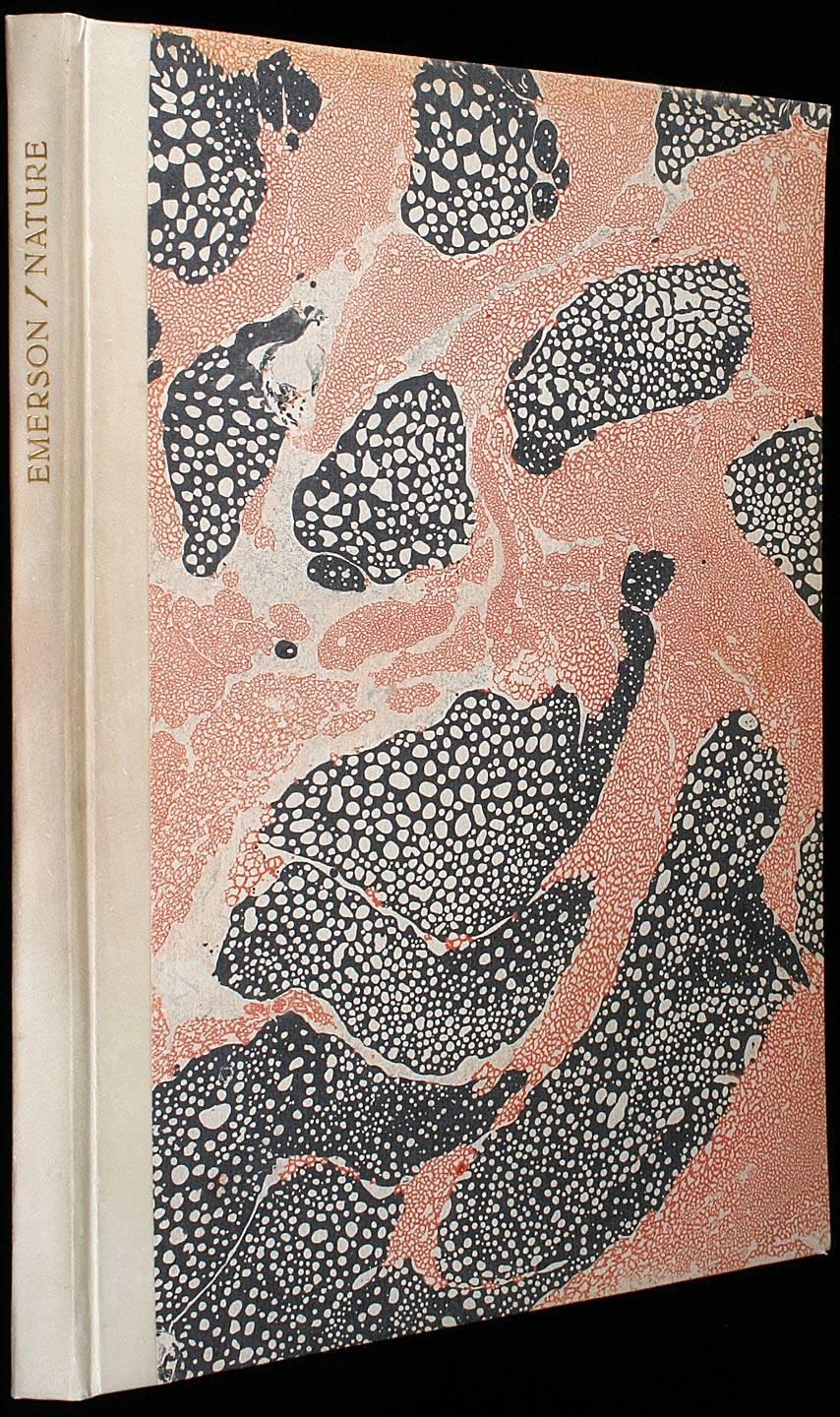 Ralph Waldo Emerson is considered by some to be a crackpot, and by others to be a near genius - somewhere in the middle, I am sure his true importance lies. He was an early American philosopher, thinker, and teacher, who wrote lectures, commentaries and poems throughout his life. He developed his own philosophy (based on the non-Conformism of Quakerism) which captured the American imagination: American Transcendentalism.

The Transcendentalist movement is interesting because it combines so many elements, and at the same time capturing the spirit of what it may mean to be an American at a time when the country was still in its birthing pangs. It was rigorously intellectual but not dogmatic - with one's interior life being of paramount importance. As a corollary of this, individualism and freedom were seen as prime virtues, expressed in Emerson's proclamation that Americans should be as self-reliant as possible, both intellectually and materially. The newly occupied territory of America was seen almost like a new Eden, where the American could start the kingdom of man again, living in a state of grace without the previous corrupt authority of church or state. Emerson became this movement's chief prophet, especially with his wonderful gift for aphorisms and quips.

Emerson moved in important circles, learning his untraditional faith from John Stuart Mill and Thomas Carlyle, as well as being friends with Samuel Taylor Coleridge and Walt Whitman. It was his on and off friendship with Henry David Thoreau however, the abolitionist who actually lived the transcendentalist's beliefs, that Emerson is most often remembered.

Emerson's works themselves are often fragmentary, and hard to collect. A truly splendid collection would be the one presented by The Riverside Press one year after Emerson's death in 1883 The Complete Works of Ralph Waldo Emerson, which contains eleven volumes, fine-printed, gold gilt engraved hardcovers. This entire set can currently be found (only 500 copies ever printed) for as little as eight hundred US dollars (and over a thousand in near mint condition).

The holy grail for the Emerson collector however, would be Nature, 1936, the slim hardback book published by James Munroe of Boston which carries Emerson's first declaration of the Transcendentalist belief and attitude, and encapsulates its entire philosophy. The first edition was published anonymously, for fear of religious persecution - and it remains as controversial now as it was then. A fine copy of this first edition can cost as much as several thousand US dollars, whilst even a not-mind copy would cost somewhere in the region of two thousand US dollars. A true testament to how important this slim volume is to American literature, thought, and culture!

Emerson, Ralph Waldo. An Address Delivered in the Court-House in Concord, Masssachusetts. James Munroe and Company Boston (1844). On 1St August, 1844 On The Anniversary Of The Emancipation Of The Negroes In The British West Indies

Emerson, Ralph Waldo. Poems. Chapman and Hall (1847). Preceded By The London Edition; Emerson'S First Book Of Poem - Including His Most Famous,Hymn: Sung At The Completion Of The Concord Monument

Saadi, Musle-Hudeen Sheik of Shiraz. The Gulistan, or Rose Garden. Ticknor and Fields, Boston (1865). Translated From The Original By Francis Gladwin; With And Essay On Saadis Life And Genius, By James Ross, And A Preface By R. W. Emerson.

Emerson, Ralph Waldo. THE COMPLETE WORKS OF RALPH WALDO EMERSON. Bell and Daldy (1866). Including His Essays, Lectures, Poems, And Creations; In Two Volumes.

Emerson, Ralph Waldo. Works of Ralph Waldo Emerson. Houghton, Mifflin and Co., Boston (1883). 14 Volumes; With A General Index And A Memoir By James Elliot Cabot, With Steel Portraits And Etchings

Thayer, JAMES BRADLEY. A Western Journey with Mr. Emerson. Little, Brown and Co., Boston (1884). First Edition Of This Account Of Emersons Trip To California Visiting Yosemite By James Thayer, Married To One Of Emersons Uncles Daughters, Who Went On The Trip As Chief Reporter.

Emerson, Ralph Waldo. Nature. Bremer Presse, Munchen (1929). Printed At The Bremer Press With Color Initials By Anna Simons; A Total Of 530 Copies Were Printed, Numbers I-Ccl Were For Random House, Numbers 131-280 For The Buch-Bund, Hamburg, Numbers 1-130 For The Subscribers Of The Bremer Press.