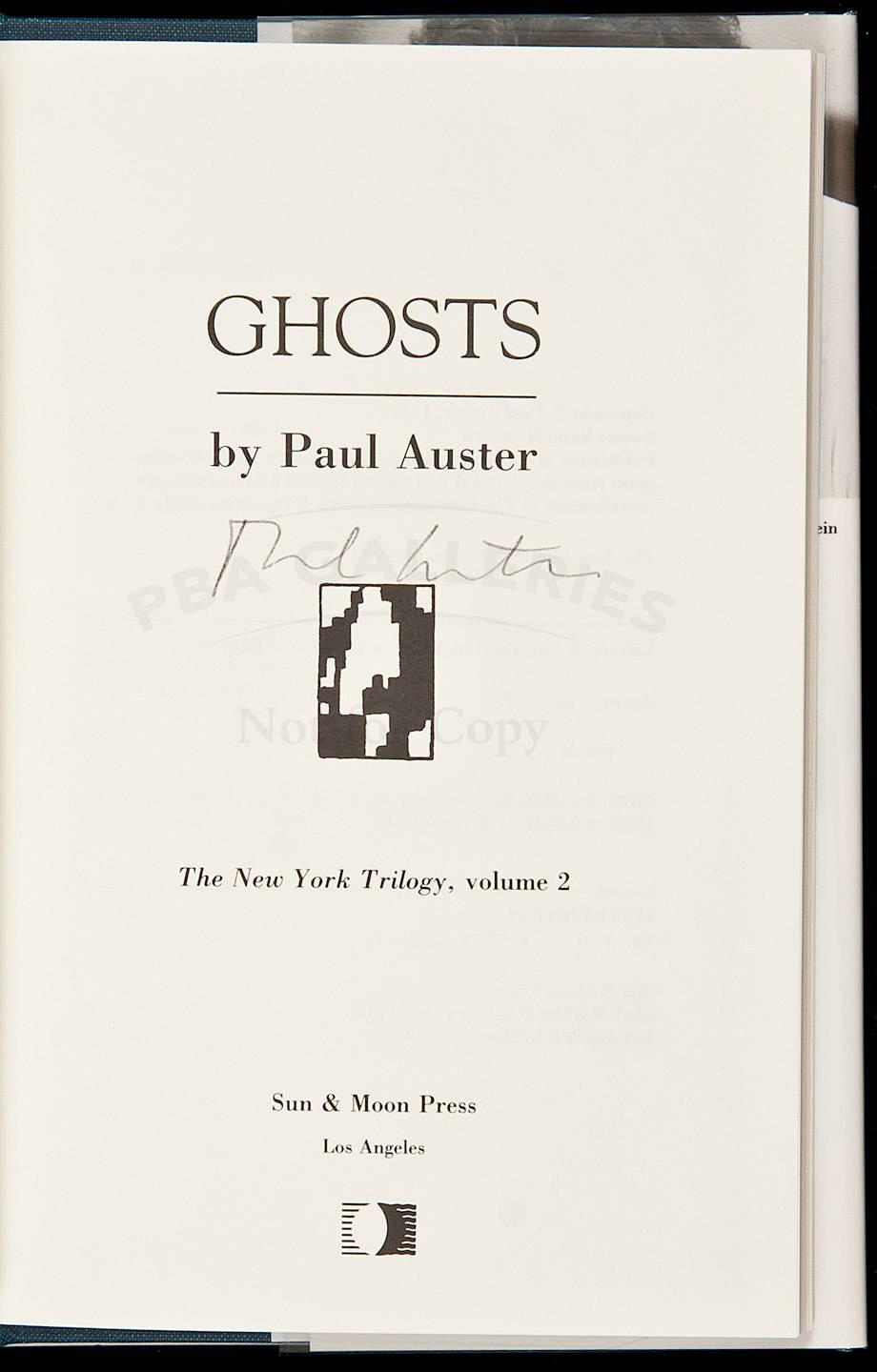 Paul Auster started his career in the 1970s, translating French literature for an English speaking audience. His own first significant work of prose, The Invention of Solitude, a memoir published in 1982, became a critical success. Since then he has produced significant works of "absurdist" and detective fiction which have seen his books sold around the world.

Auster's most renowned work is perhaps his New York Trilogy. Not strictly a trilogy at all but rather a loosely linked series of detective novels, published between 1985 and 1986. The series incorporates City of Glass, Ghosts and The Locked Room. Subsequently the books have been primarily published as one volume but first editions of the three separate volumes from Sun and Moon Press can be found together for $1,500.

First edition, signed copies of The Invention of Solitude are available to collectors for around $200 dollars. His later novels such as, In The Country of Last Things, a dystopian novel published by Viking in 1987, are more likely to be below $50.

For those more interested in first editions of his various collections of poetry, consider Facing the Music published in 1980 or his earlier 1976 work of poetry, Wall Writings, published by Berkeley.

Auster continues to work on producing novels but has confessed that he is finding it more difficult to come up with new ideas. This may mean that his current library of works is unlikely to grow substantially over the forthcoming years. Throughout his career he has demonstrated his own unique style of writing which makes his work extremely distinctive. Collectors might see this uniqueness, and potential limit on future books, as an opportunity to purchase some of his existing work sooner rather than later.