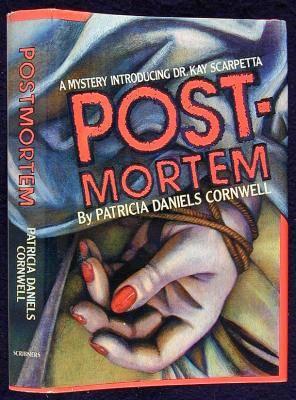 Most famed for her Scarpetta novels about the eponymous medical examiner, Patricia Cornwell has become one of the most famous contemporary novelists in the world. Her popularisation of forensic science and in depth knowledge of the field has given her books a huge audience and critical acclaim.

Her first Scarpetta novel from 1990, Postmortem, is probably the most appealing and interesting to collectors and is the most common book to fetch the higher prices. Indeed some original copies have fetched several thousand dollars, more realistically however very good copies can be found for just a few hundred.

Her subsequent novels show similar, if smaller scale disparities, with the 1991 A Body of Evidence fetching up to $700 or $800 from some sellers. More determined searches can realise copies for less than $100 though.

Cornwell's most well known and controversial departure from novels is her investigation into the Jack the Ripper case, Portrait of A Killer: Case Closed, while some copies ask upwards of $1,000 dollars a more determined buyer can find even signed copies for a far more reasonable $50 to $80.

All this perhaps this shows that the market has still to really decide on the value, and future price, of Cornwell's work. With more than 30 novels and counting (the majority of them in the Scarpetta series) and more than 100 million copies of her books sold around the world there is no shortage of availability or choice when it comes Cornwell's work.

This popularity might be seen as a double edged sword for any budding collector of her works though; sheer volume being a potential hurdle to finding a genuinely good deal. But with care and attention, and if Cornwell's work does last the course, then it might be a good time to start looking.