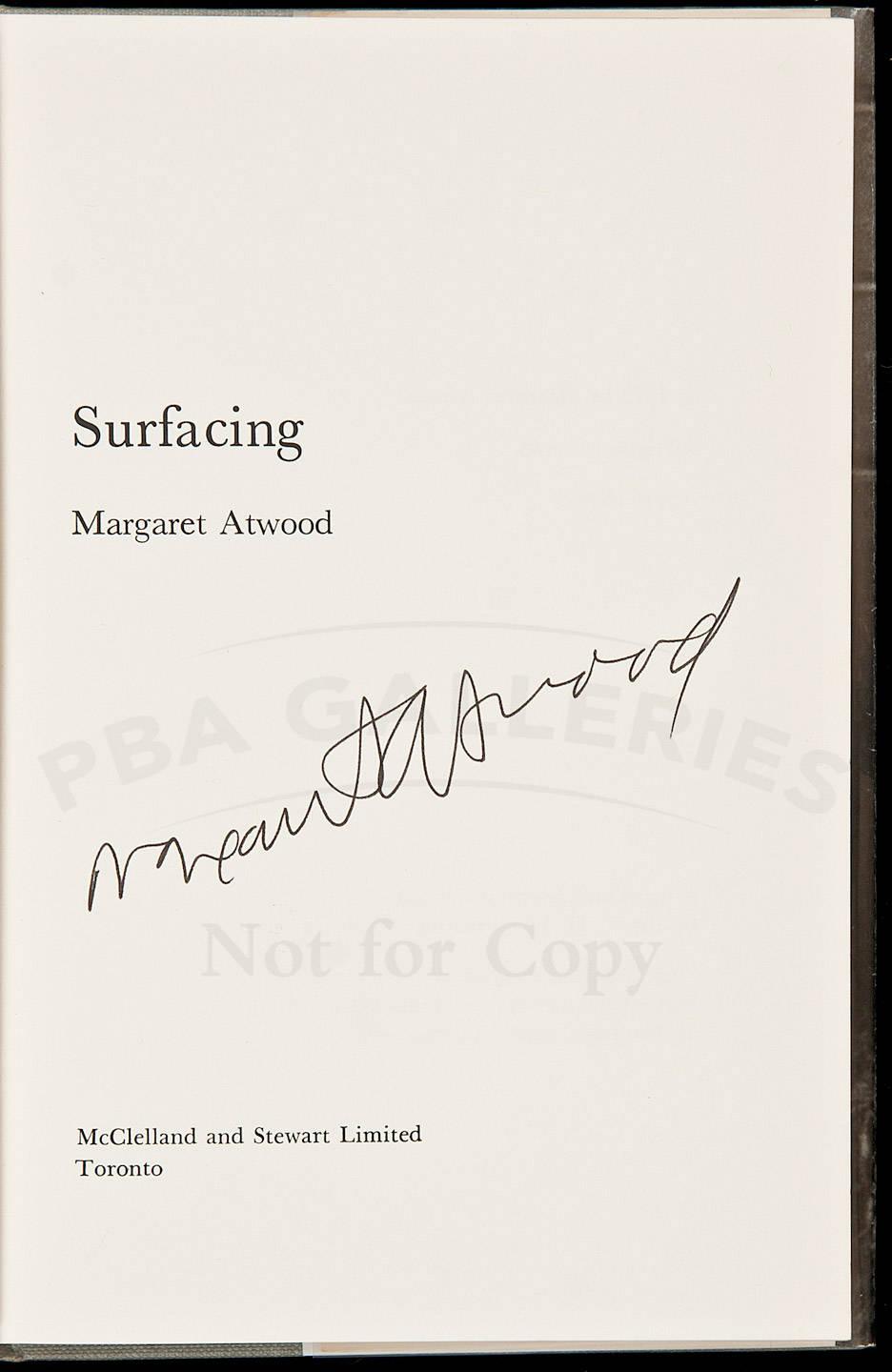 Having produced historical novels, science fiction books, collections of poetry, scripts for television, non-fiction works and children's stories; Margaret Atwood has demonstrated an impressive range of literary skills (she has even patented her own remote computer technology).

Atwood won the Booker prize in 2000 for The Blind Assassin, following numerous nominations, and also has many other awards for her books. With a catalogue of work spanning more than fifty years, she is one of the most highly respected Canadian authors of the modern era.

For the collector there are over fifty titles from which to choose. Her first major novel, which set her onto the path of literary recognition, is the self styled "proto-feminist", The Edible Woman, from 1969. A first edition from McClelland and Stewart Ltd. might be expected to reach $400 to $500.

More recent titles can expect to attract lower prices. The Blind Assassin published by Doubleday can be picked up for $50 while, The Robber Bride from 1993, might reach up to $75. For collectors looking to obtain first editions of her poetry work, the 1981 True Stories, might be available for a mere $25. Her non-fiction works also attract attention and a first edition of Negotiating with the Dead published in 2002 by Cambridge University Press would attract a similar price tag. The work itself is based on a series of six lectures she gave at Cambridge University on the subject of the writers' craft.

Atwood then is still a relatively affordable author. Her extensive library of works means that collectors will have a great deal of choice if they want to purchase her work as most titles are relatively easy to locate. Few authors can match her range of titles so it is likely that there is something of interest for any collector.

Margaret Atwood. Up in the Tree. McClelland and Stewart, Toronto (1978).