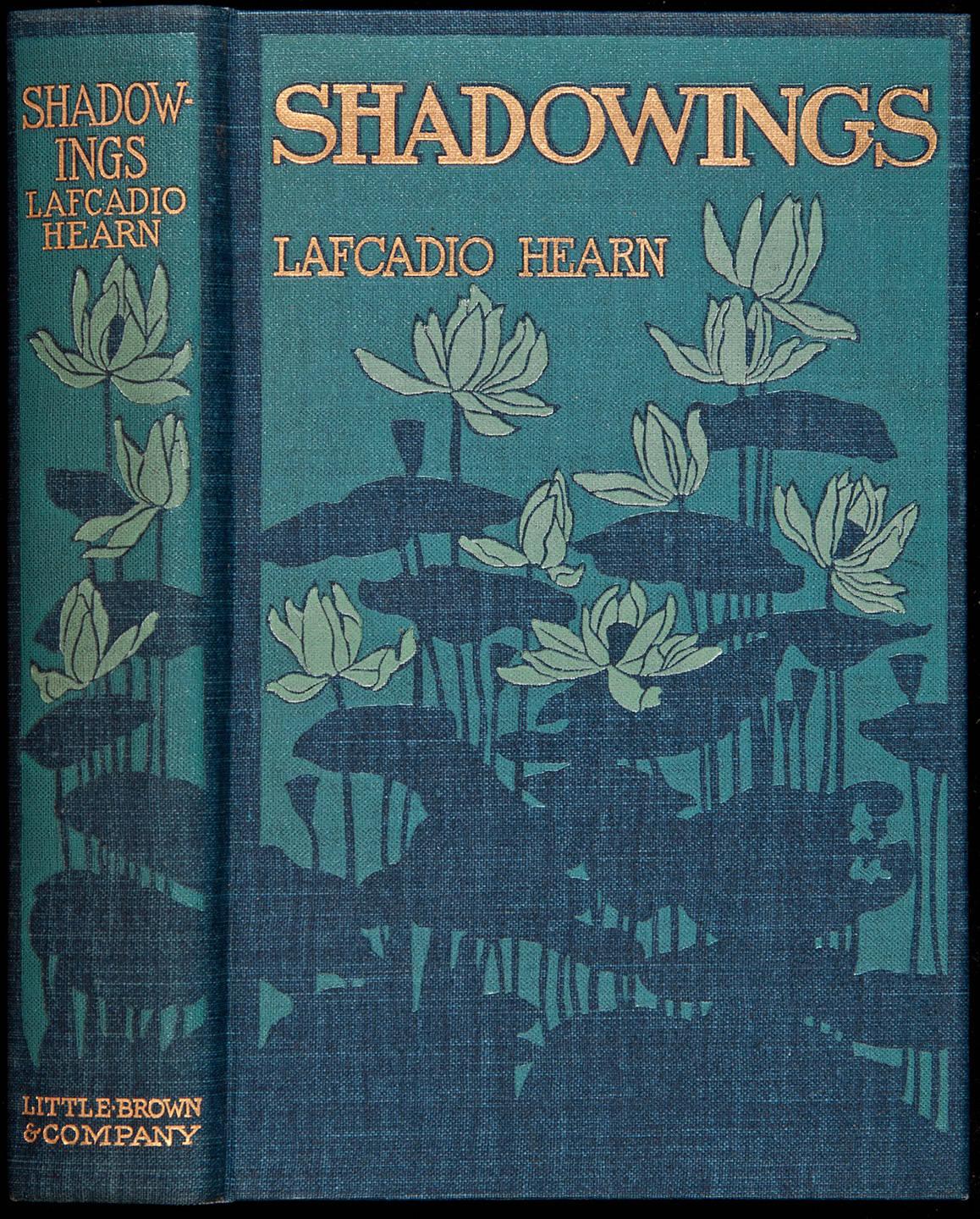 Writing in the latter half of the nineteenth century, Lafcadio Hearn is best known for his books describing and extolling Japan. After a turbulent early life which took him from the Greek islands via Ireland to the USA, Hearn finally found his spiritual home in Japan. At that time the country was relatively unknown to Westerners and so he was to make his name writing about Japanese history and culture. Hearn also lectured widely on his favourite subject throughout the world and the respect he still garners is demonstrated by the number of museums and cultural centres established in his name in numerous countries.

During his early career he proved extremely adaptable, working at various times as a journalist and editor, creating woodcuts for publication, translating Spanish and French texts and even writing cookbooks which explored the various sub-cultures within the USA and the West Indies.

Hearn's Japanese Fairy Tales, was originally published in 1898 and is now one of his most popular titles. The collection consistently attracts purchase prices over $1,000 at auction. His 1900 book, Shadowings, is available as a first edition for around $500.Aside from the Japanese work, his cookbook from 1885, La Cuisine Creole, is also attractive to buyers. A first edition sold for more than $800.

It is of course the books on Japan which are most attractive to collectors - after all this is what Hearn is best known for. Few writers before, or since, have been able to introduce a formally unknown culture so effectively to an audience. While his work may be accused of romanticizing Japan, this has done little to detract from the respect his work has received or his appeal to buyers.

Gautier, Theophile. ONE OF CLEOPATRAS NIGHTS AND OTHER FANTASTIC ROMANCES. New York (1882). Translated by Lafcadio Hearn.

Hearn, Lafcadio. GOMBO ZHEBES. Will H. Coleman, New York (1885). Little Dictionary of Creole Proverbs, Selected From Six Creole Dialects; Translated into French and into English, With Notes, Complete Index to Subjects and Some Brief Remarks Upon the Creole Idioms of Louisiana; Hearn states that the publisher was nonest inventus and forced by legal means to disgorge some 500 copies of this title; the book was not published in an edition exceeding much over 500 copies, perhaps more of the magnitude of somewhere between 800-1000 copies at most.

Hearn, Lafcadio. HISTORICAL SKETCH BOOK AND GUIDE TO NEW ORLEANS AND ENVIRONS WITH MAP. NewOrleans Press (1885). Illustrated with Many Original Engravings: And Containing Exhaustive Accounts of the Traditions, Historical Legends, and Remarkable Localities of the Creole City; illustrated with a frontispiece and 13 original engravings inserted, not included in the pagination, most were done by Joseph Pennell; 500 copies.

Hearn, Lafcadio. La Cuisine Creole. F. F. Hansell and Bro., New Orleans (1885). A Collection of Culinary Recipes; From Leading Chefs and Noted Creole Housewives, Who Have Made New Orleans Famous for Its Cuisine

Hearn, Lafcadio. Some Chinese Ghosts. Roberts Brothers, Boston (1887). With titles: The Soul ofThe Great Bell; The Story of Ming-Y; The legend of Tchi-Niu;The Return of Yen-Tching-King; The Tradition of the Tea-Plant; and The Tale of the Porcelain-God

Hearn, Lafcadio. Out of the East. Houghton Mifflin and Co, New York (1895). Reveries and Studies in New Japan

Hearn, Lafcadio. GLEANINGS IN BUDDHA-FIELDS. Houghton, Mifflin and Company, Boston (1897). Studies of Hand and Soul in the Far East; 1750 copies.

Hearn, Lafcadio. Kwaidan. Houghton Mifflin, Boston (1904). Stories and Studies of Strange Things. A collection of stories that is a high spot of Japanese ghost fiction, the title story being the basis for the classic 1964 Japanese film directed by Masaki Kobayashi.

Hearn, Lafcadio. THE ROMANCE OF THE MILKY WAY. Houghton Mifflin, Boston (1905). AND OTHER STUDIES AND STORIES; 2000 COPIES; With stories: Romance of the Milky Way, Goblin Poetry, Ultimate Questions, The Mirror Maiden, the Story of Ito Norisuke, Stranger than Fiction, and A Letter from Japan.

Hearn, Lafcadio. LETTERS FROM THE RAVEN. Brentanos, New York (1907). Being the Correspondence of Lafcadio Hearn with Henry Watkin with Introduction and Critical; 2500 COPIES; ContainingLetters from the Raven,Letters to a Lady, andLetters of Ozias Midwinter.

Hearn, Lafcadio. LEAVES FROM THE DIARY OF AN IMPRESSIONIST. Houghton Mifflin Company, Boston (1911). 575 COPIES; With an Introduction by Ferris Greenslet

Hearn, Lafcadio. KARMA AND OTHER STORIES AND ESSAYS. George G. Harrap and Co, London (1921). Collected in book form for the first time, with 8 hitherto unpublished essays and short stories.

Hearn, Lafcadio. PRE-RAPHAELITE AND OTHER POETS. Dodd, Mead and Company (1922). Selected, edited with an introduction by John Erskine.

Hearn, Lafcadio. Writings of Lafcadio Hearn. Houghton Mifflin Company, New York (1923). 16 volumes; Illustrated with color frontispieces in each volume, as well as other plates from photographs and color illustrations; The photographs are by Charles S. Olcott; Contents of each volume: I, Diary of an Impressionist, Creole Stories, Chinese Ghosts; II, Stray Leaves from Strange Literature, Fantastics and Other Fancies; III, Two Years in the French West Indies; IV, Chita, Youma; V and VI, Glimpses of Unfamiliar Japan; VII, Out of the East, Kokoro; VIII, Gleanings in Buddha Fields, Romance of the Milky-Way; IX, Exotics and Retrospectives, In Ghostly Japan; X, Shadowings, A Japanese Miscellany; XI, Kotto, Kwaidan; XII, Japan, an Attempt at Interpretation; XIII-XV, Life and Letters; XVI, Japanese Letters

Hearn, Lafcadio. A HISTORY OF ENGLISH LITERATURE. Hokuseido Press, Kanda (1927). Edited by R. Tanabe, T. Ochiai and I. Nishizaki; 2 volumes; Vol 1: From the Beginning to the End of the 18th Century.Volume 2: Supplement to a History of English Literature.

Lewis, Oscar. Hearn and His Biographers. Westgate Press, Francisco (1930). The Record of a Literary Controversy; Together with a group of letters from Lafcadio Hearn to Joseph Tunison now first published; 350 copies.

Hearn, Lafcadio. Insect-Musicians and Other Stories and Sketches. Kairyu-Do Press, Tokyo (1930). Compiled with Notes by Jun Tanaka; includes A Living God, Hi-Mauari, Insect-Musicians, At a Railway Station, The Japanese Smile, Kusa-Hibari, A Street Singer, Pathological, From the Diary of an English Teacher, and the Case of D-Dai.

Hearn, Lafcadio. Letters To A Pagan. Robert Bruna Powers, Detroit (1933). Being the Correspondence of Lafcadio Hearn with the Countess Annetta Halliday Antona; With portrait frontispiece by Joseph Sparks; 550 copies.

Hearn, Lafcadio. LAFCADIO HEARN. Tokyo (1934). A Bibliography of His Writings. By P.D. and Ione Perkins; With an introduction by Sanki Ichikawa; 200 copies printed

Koizumi, Kazuo. FATHER AND I. Boston (1935). Memories of Lafcadio Hearn

Hearn, Lafcadio. STORIES FROM EMILE ZOLA. Tokyo (1935). Trans. by L. Hearn; Edited with a preface by Albert Mordell; including essays and translations of Emile Zola: A Note The Fight at the Mill A Peasants Death A Rich Mans Death.