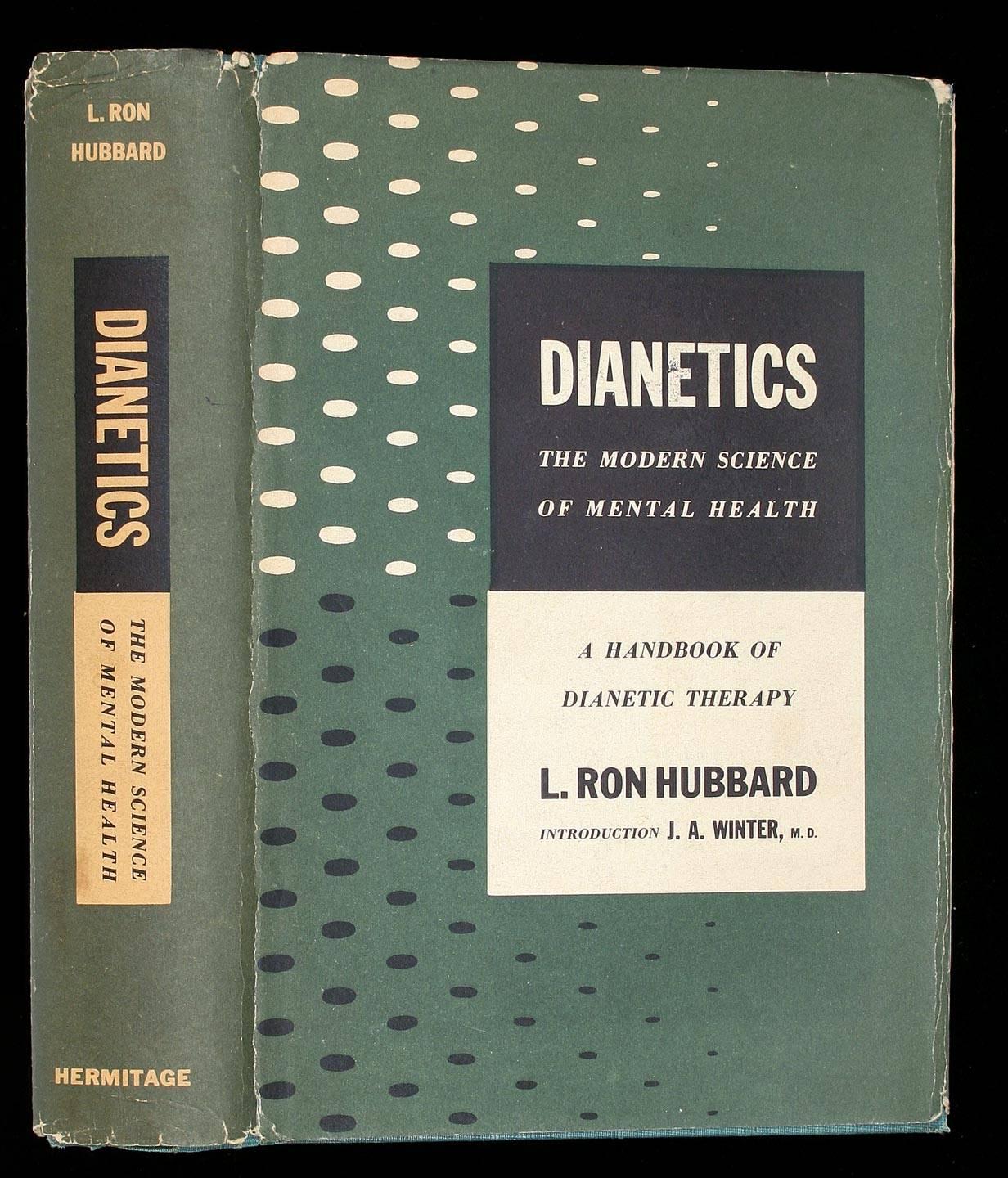 Like many famous authors, L. Ron Hubbard has attracted a dedicated and loyal following to his works, which can sometimes prove to be a fact that we have to negotiate around as antiquarian book collectors. Similar to how J.K. Rowling or J.R.R. Tolkien's works have acquired a devoted fan-base, so too have the works of the science-fiction author, fantasist, and self-appointed self-help guru.

His most famous work, and the one most desirable to the collector would of course be Dianetics, first published in 1950 by Hermitage House, New York. In this volume he melds together meditative practices, psychotherapy, and organizational skills to present a philosophy that has become the bedrock for the movement known as the Church of Scientology. A true first edition hardback of Dianetics in its attractive black, white, and grey dustjacket could be worth as much as seven hundred dollars. If found signed by Hubbard (very rare) then it would be worth considerably more.

For the serious collector, we should look to L. Ron Hubbard's slightly lesser known works. Battlefield Earth: A Sage of the Year 3000 is a very fine example of a collectible book. Actually a futuristic space-parable, the story, first published in 1982 would be worth three or four hundred dollars if found in near mint condition, and more so if signed. Currently at auction there is a box set with a first edition Battlefield Earth as well as a record entitled 'space jazz' featuring Hubbard himself and his friends playing musical accompaniment for the story - what an interesting bit of collectibilia!

If Space Jazz doesn't tickle your fancy, then search instead for one of Hubbard's earliest of chapbook stories, known as The Kingslayer published by The Fantasy Publishing Group, Los Angeles, 1949. This is a very early example of golden-age science fiction, and fits perfectly into the pulp canon. The first edition hardcover actually contains three of Hubbard's early science fiction tales and can be found with a very attractive yellow, red, and black dust jacket with an illustration of a floating space man.

Hubbard, L. Ron. The Kingslayer. Fantasy Publishing Co.: Los Angeles (1949). 1200 copies; Stories include The Kingslayer, The Beast and The Invaders

Hubbard, L. Ron. Have You Lived Before This Life. The Hubbard Association of Scientologists: London (1958).