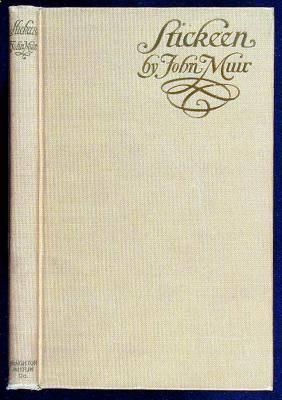 Scottish born naturalist, John Muir, helped change the way American's view their natural environment. He was instrumental in lobbying for the creation of protected spaces, most notably leading to the creation of Yosemite National Park in 1890. Throughout his life Muir promoted the preservation of nature, strongly opposing actions that threatened to impact on his beloved wilderness.

This commitment to the cause has made him a modern day environmental hero. Muir has dozens of mountains, forests, walking routes and public buildings named after him throughout the US. He is so widely respected in his adopted California that he was also the first person to be given his own commemorative day

When it came to authoring books, Muir confessed that he was not an inherent writer and that he had to put painstaking effort into every word and sentence. His fans argue that this makes his books all the more attractive and worthwhile for the sheer endeavour it took to produce them. Combined with his folk-hero status, for collectors it is just an additional reason that Muir's books are of particular interest.

Muir conceded that no amount of writing could ever truly convey the beauty and majesty of nature; the only way to know a mountain was to be exposed to it. Nonetheless, during his career Muir produced several hundred articles and twelve books which have helped readers to understand more about the natural world around them.

Prices are fairly reasonable for his work with first editions of The Mountains of California (1894) being available for around $400; The Story of My Boyhood and Youth (1913) and Travels in Alaska (1915) each hitting around $200.

Muir, John. The Mountains of California. Century, New York (1894). Frontispiece lithograph from a drawing by J. Folles, with 50 relief halftone illustrations and 2 maps

Muir, John. My First Summer In The Sierra. Houghton Mifflin Company, Boston (1911). With Illustrations from Drawings made by the Author in 1869 and from Photographs by Herbert W. Gleason

Muir, John. The Story of My Boyhood and Youth. Houghton Mifflin, Boston (1913). the text contains 9 b/w illustrations from sketches by the author

Muir, John. A Thousand-Mile Walk to the Gulf. Houghton Mifflin, Boston (1916). Frontispiece portrait, of Muir, with a tissue guard, map of Muir's route, plus 11 additional b/w illustrations and a color paste-on on the front cover from a watercolor by Amelia M. Watson; 550 copies.

Muir, John. Writings of John Muir. Houghton Mifflin, Boston and New York (1916). Illustrated with 69 black and white photogravures by Charles S. Olcott and Herbert W. Gleason eight color photogravures many halftones; 750 copies; Vol. 1 - The Story of My Boyhood and Youth and A Thousand-Mile Walk to the Gulf; Vol. 2 - My First Summer in the Sierra; Vol. 3 - Travels in Alaska; Vol. 4 - The Mountains of California (vol. I); Vol. 5 - The Mountains of California (vol. II); Vol. 6 - Our National Parks; Vol. 7 - The Cruise of the Corwin; Vol. 8 - Steep Trails. Volumes 9 and 10 - The Life and Letters of John Muir (edited by William Frederic Bade)

Muir, John. THE CRUISE OF THE CORWIN. Houghton Mifflin, Boston and New York (1917). JOURNAL OF THE ARCTIC EXPEDITION OF 1881 IN SEARCH OF DE LONG AND THE JEANNETTE; Illustrated with a handcolored photogravure frontispiece, map, and 25 plates from photographs (including several by Edward S. Curtis) and author's sketches; Edited by William Frederic Bade; 550 copies printed.

Frederic, William. The Writings of John Muir. Houghton Mifflin Company, Boston and New York (1924). Manuscript Edition (10 Volume Set); 69 photogravure plates, including the frontispieces, with 36 relief halftone illustrations from drawings and sketches by Muir, and 8 maps; Limited to 750 copies; The contents are: v. 1. The Story of My Boyhood and Youth and A Thousand-mile Walk to the Gulf; v. 2. My First Summer in the Sierra; v. 3. Travels in Alaska; v. 4-5. The Mountains of California; v. 6. Our National Parks; v. 7. The Cruise of the Corwin; v. 8. Steep Trails; v. 9-10. The Life and Letters (edited by William Frederick Bade (1871-1936).

Muir, John. Printing and the Mind of Man. Cassell and Company, London (1967). A Descriptive Catalogue Illustrating the Impact of Print on the Evolution of Western Civilization during Five Centuries; Annotated in pencil by David A. Randall

Muir, John. Printing And The Mind Of Man. Holt, New York (1967). Muir, Percy H; A Descriptive Catalogue Illustrating The Impact Of Print On The Evolution Of Western Civilization During Five Centuries; Annotated in pencil by David A. Randall; Introduction by Denys Hay

Muir, John. My First Summer in the Sierra. Yolla Bolly Press, Covelo (1988). Foreword and a note on the text by Frederick Turner; Illustrated with twelve stunning wood engravings by Michael McCurdy; 110 copies.