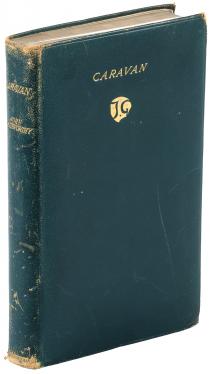 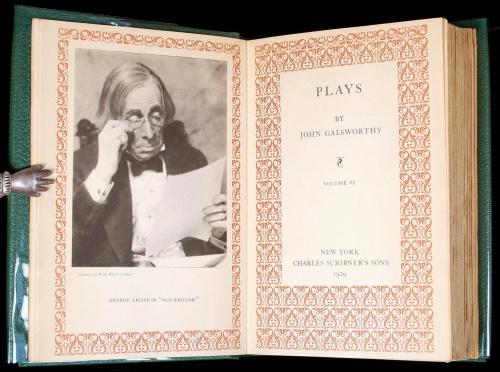 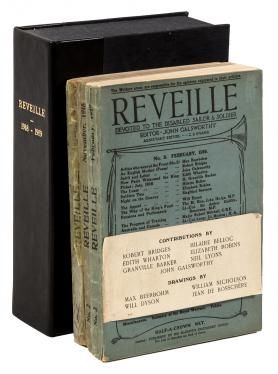 The Glamour and the Grime: John Galsworthy

John Galsworthy is, sadly, relatively unknown today; which is strange considering that he has won the Nobel Prize for Literature and was also the first president of literary club PEN International, as well as receiving an Order of Merit from the British Isles! His quick disappearance from literary fame owes itself perhaps to the fact that the style and subject of his writing - the Edwardian Era - has fallen out of fashion since the rise of Modernist and post-War literature.

During his lifetime, John Galsworthy was known primarily as a playwright, but it was only in the years immediately preceding his death that his most famous work The Forsyte Saga drew much attention. With its stories of landed gentry and Edwardian excess, Galsworthy painted a picture of the upper classes at the end of their 'golden era' - the transition from Victorian values to Edwardian, and then Modernist. His legacy is that he captured this exact period of tradition, but his misfortune was to be swept away in the cultural re-evaluation that took place all across Europe post 1945. His subject matter - the upper middle class and the bourgeoisie became a subject that few people could relate to or find sympathy with.

However, it is important to note that Galsworthy, despite being the victim of time, very importantly criticised the old order, and whose personal life was one committed to socially progressive campaigns (e.g., censorship, animal welfare, prison reform and women's rights).

Galsworthy's strange lack of fame acts, perhaps, for the good of the collector, as many of his works can be found for quite cheap prices. It would advisable at this time to invest in his seminal works such as The Forsyte Saga whilst the interest is low, because in time that interest may easily be taken up again as people renew an interest in the Edwardian period (for example, just see the interest in British television saga Downtown Abbey).

A first edition Forsyte Saga (1922) from William Heinemann of London, in excellent condition, will only cost as little as seven to eight hundred dollars. However, for the committed collector, consider getting Galsworthy's very first work - From the Four Winds (1897) a collection of short stories, written under the pen name John Sinjohn, of which true first editions are available for as little as three hundred US dollars (and one inscribed by the author for only seven hundred US dollars)!

Galsworthy, John. The Forsythe Saga. William Heinemann, London (1922). First issue with the genealogical chart folding out to the right; The Forsyte Saga consist ofThe Man of Property,Indian Summer of a Forsyte, In Chancery,Awakening andTo Let; limited edition of 275 numbered copies.

Galsworthy, John. The Works. Charles Scribners Sons, New York (1922). Manaton Edition 30 volumes; Total 780 copies Includes The Forsyte Saga, A Modern Comedy, The Country House, Fraternity, Villa Rubein and Other Stories, The Island Pharisees, The Patrician, The Freelands, The Dark Flower, Beyond, Saints Progress, Five Tales, Quality and Other Stories, The Inn of Tranquillity and other impressions The Burning Spear and other satires. A Commentary and other essays, Plays : The Silver Box, Joy, Strife, The Eldest Son, Justice, The Little Dream, The Pigeon, The Fugitive, The Mob, A Bit of Love, The Foundations, The Skin Game, The Forest, Old English, The Show, Escape, A Family Man, Loyalties, Windows and 6 Short Plays.

Galsworthy, John. CASTLES IN SPAIN and Other Screeds. William Heinemann Ltd., London (1927). This collection of 14 essays, all but one previously unpublished, includes two pieces on Joseph Conrad.

Salten, Felix. Bambi. Simon and Schuster, New York (1928). A Life in the Woods; With illustrations by Kurt Wiese. Foreword by John Galsworthy; 26 illustrations, including frontis and illustrated endpapers.

Galsworthy, John. WORKS. William Heinemann Ltd., London (1929). Total 25 volumes; Total 530 copies signed by the author; Engraved frontispiece to each volume; Titles are the Island Pharisees, The Country House, Fraternity, The Patrician, The Dark Flower, The Freelands, Beyond, Saints Progress, Villa Rubein, The Burning Spear, The Inn of Tranquility, ( Volumes 1 - 11); Satires and a Commentary, Caravan I A Stoic, Caravan II The Apple Tree, Caraven III The First and the Last, A Modern Comedy I- The White Monkey A Silent Wooing, A Modern Comedy II - The Silver Spoon Passers By, A Modern Comedy III - A Swan Song, ( Volumes 15-21); Candlabra, Maid In Waiting ( Volumes 23-23).