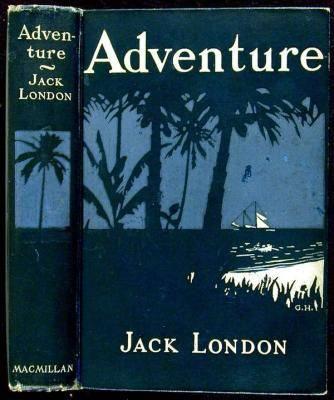 It may come as some surprise to the amateur collector to learn about some of Jack London's exploits; the famous author of White Fang, and Call of the Wild. Like all of the very best of authors, Jack London remains a controversial figure - many facets of his life subsequently played down by the established literary scene, but fascinating reference material for the antiquarian!

Jack London became a committed socialist in later life, however he would not regard himself to belong to a Leninist, Marxist, or other similar strands of communist thought. Instead, he may be regarded in the same way as the United Kingdom's beloved socialist writer; George Orwell. Jack London believed in a sort of American egalitarian socialism, one that was founded on the principles of the Declaration of Independence, and the Bill of Rights: that America, the land of the Free and the Brave, could be a place where all seek to share in hard work and the rewards thereof. It is no surprise then, that London was drawn to the North and to Alaska and the Northern Territories as one of the 'last bastions' of freedom even then, at the turn of the twentieth century.

Jack London was so phenomenally successful even in his own life; his name being accepted into the great American cannon of classics; that there exists a good amount of collectively first edition material - even many signed editions (although these may be prohibitively expensive). A true first edition, in fine condition with London's signature; of one of his more famous works; say White Fang (MacMillian 1906), could be found at auction for as little as $3,000. A signed first edition of Call of the Wild however (MacMillan 1903) could cost as much as $17,000.

It is worth noting that Jack London's mortal success was so great however, that it may work against the collector in some instances. Shortly after his death his daughter took to 'rubber stamping' his signature on first edition books to increase their value (and at the publishers request, it has to be admitted). Whilst these secondary sorts of signature aren't the true first article, they are nevertheless very interesting articles in the Jack London story. One very good example of this would be the 1917 edition of The Human Drift (MacMillan) which was collected and published three years after Jack London's death, but 'signed' by his daughter. This can be found for as little as $750, and, although not a true first, is itself an important part of the London story.

London, Jack. The God of His Fathers. Isbister and Co, London (1902). Tales of the Klondyke

London, Jack. The Son of the Wolf. Ibiister and Company and Pitman, London (1902). Tales of the Far North

London, Jack. The Call of the Wild. Macmillan Company, New York (1903). Illustrated with 11 color plates, including frontispiece with tissue guard, plus 5 color illustrations in the text, by Philip R. Goodwin and Charles Livingston Bull; Decorations by Charles E. Hooper

London, Jack. The Faith of Men. Macmillan Company, New York (1904). including A Relic of the Pliocene, A Hyperborean Brew, The Faith of Men, Too Much Gold, The One Thousand Dozen, The Marriage of Lit-lit, Batard, and The Story of Jees Uck; 6802 copies printed.

London, Jack. The Sea-wolf. Macmillan Company, New York (1904). Illustrated with plates by Aylward and housed in Century Magazine wrappers (some with moderate chips and flaking to the spine,) these 11 Vol. contain numerous articles by writres of the era such as Ernest Thompson Seton, Thackeray and many others; 40,000 copies printed

London, Jack. Tales of the Fish Patrol. William Heinemann, London (1906). With one map and seven additional black and white plates by George Varian

London, Jack. A Son of the Sun. Doubleday, Page and Company, Garden City (1912). With 4 full-page Illustrations by A.O. Fischer and C.W. Ashley

London, Jack. THE NIGHT-BORN. The Century Co, New York (1913). First edition-first state has extra blank page in rear; And Also The Madness of John Harned, When the World was Young, The Benefit of The Doubt, Winged Blackmail, Bunches of Knuckles, War, Under the Deck Awnings, To Kill a Man, The Mexican

London, Jack. The Night-Born. Grosset and Dunlap, New York (1913). And Also The Madness of John Harned, When the World was Young, The Benefit of The Doubt, Winged Blackmail, Bunches of Knuckles, War, Under the Deck Awnings, To Kill a Man, The Mexican

London, Jack. The Night-Born. Bell and Cockburn, Toronto (1913). And Also The Madness of John Harned, When the World was Young, The Benefit of The Doubt, Winged Blackmail, Bunches of Knuckles, War, Under the Deck Awnings, To Kill a Man, The Mexican

London, Jack. Turtles of Tasman. Mac Millan and Co, New York (1916). Tales included: By the Turtles of Tasman, The Eternity of Forms, Told in the Drooling Ward, The Hobo and the Fairy, The Prodigal Father, The First Poet, Finis, The End of the Story