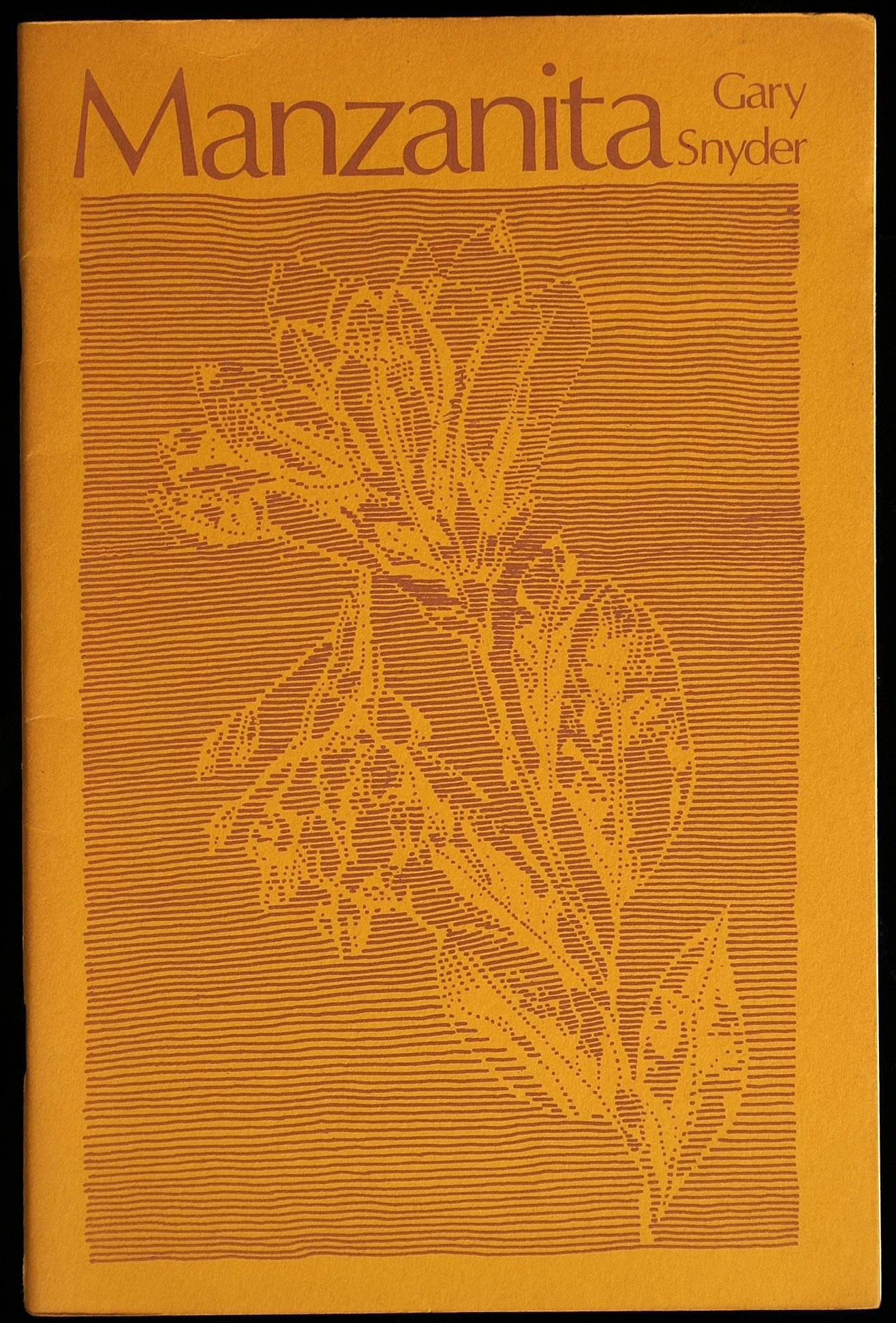 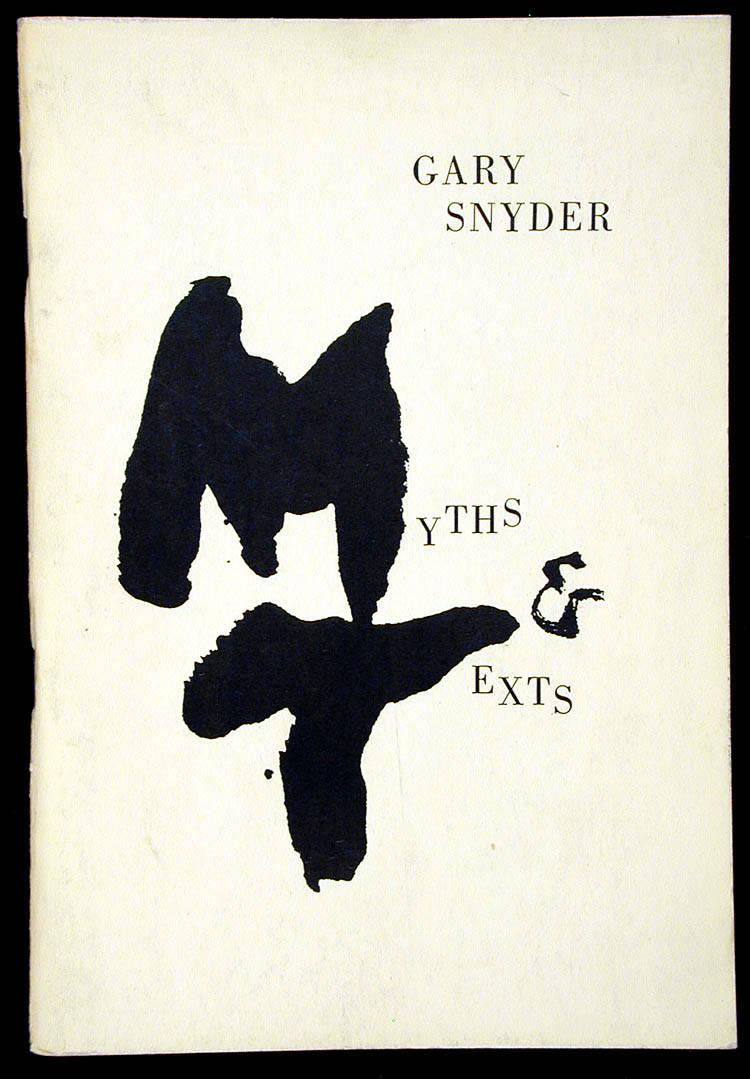 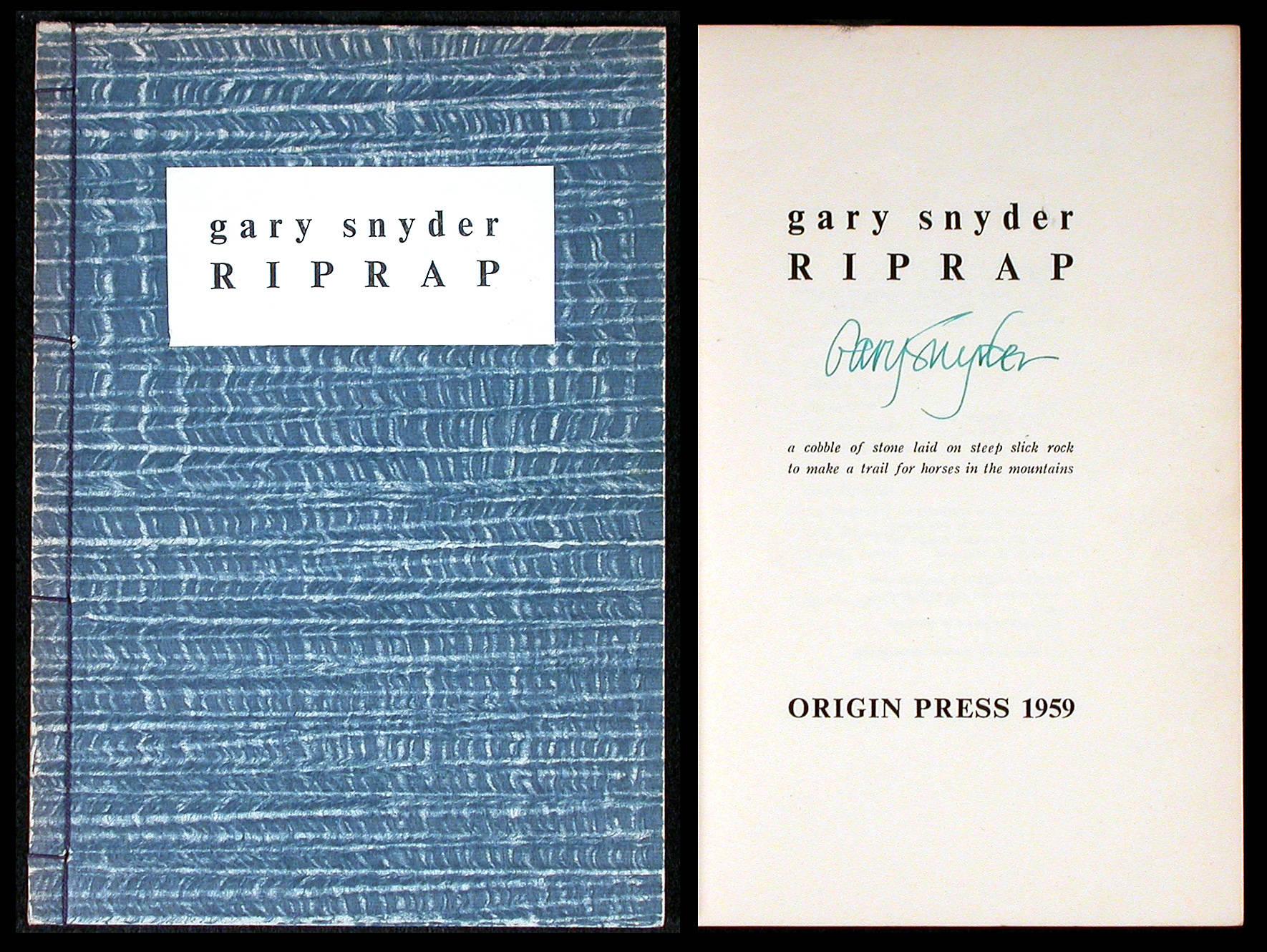 Gary Snyder is a sadly neglected poet, which is to the advantage of the collector! That being said, it is perhaps worth noting that, given the fact that he is still a contemporary author and lecturer, then the fact that his works are collectible at all goes to show just how important he will be considered in later years. It is this correspondent's opinion that, in the years and decades to come, the legacy of Gary Snyder will only grow from strength to strength.

Gary Snyder is one of the first links of the new contemporary literature scene in America. He started writing at the birth of the Beat Generation (1950's) where he met and befriended the author Jack Kerouac, who famously immortalized him as Japhy Rider in his great work The Dharma Bums. Although this alone is a great call to fame, Gary Snyder has many more. Through the sixties he remained a strong counter-cultural voice in the growing 'hippy' as well as 'green', environmental, and permaculture movements. It wouldn't be too presumptuous to say that his nature poetry and treatises were actually the intellectual and cultural backbone of those movements. We should not stop there however, as it must also be considered that Japhy Rider was one of the first of the lay-people to popularize Buddhism in the West through his re-translations of traditional Buddhist teaching-stories and documents.

A wonderful part of collecting Snyder is the fact that his ethos bled through his work to the production. He chose to produce much of his work through limited edition, small and fine press, often with great care given to the presentation, printing material, and lexicography. It is because of this that we can find - very cheaply - limited edition Snyder collections printed on rice paper, or bound with Japanese binding, or calligraphy. Up until now they have been marketed to a very select environmental/intellectual audience, but I believe that these fine articles would make a welcome addition to any collection.

Consider investing in such Snyder poetry collections as Riprap (Origin Press 1959)or Regarding Wave (Windhover Press 1969) both available for under $1000, or Songs for Gaia (1979) available for under $500. For a true collectible pleasure, and items which are amazingly inexpensive - it would be well worth investing in the broadside poster-poems that Snyder became interested in, often letter-press or hand printed on recycled paper, with his own calligraphy or illustrations. Both Artemis and Pan (La Alameda 2013) and Pleistocene (Pleistocene, 1973) are available at auction for as little as $300, and will make excellent pieces if well-cared for in later years.