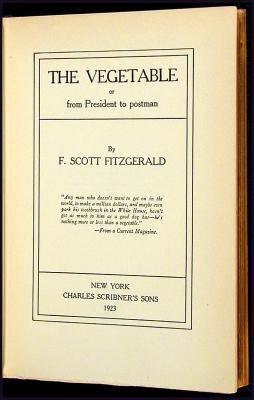 For collectors, you have to keep your eyes on the new and on the old at the same time. In short you have to become a kind of literary Janus-figure in order to best identify what would sit well in your collection.

If you are starting to collect seriously, then what better place to start than by considering the great Classics of American, Victorian and European literature. I am discussing collecting none other than the chronicler of the Jazz Age itself, F Scott FitzGerald and his greatest masterpiece: The Great Gatsby.

Recently Penguin publishers have stated that for their new hardback range they are commissioning a whole new edition of all of F Scott FitzGerald's works, including The Great Gatsby as designed by artist Coralie Bickford-Smith. These elegant hardbacks can be bought for next to nothing currently, but, if kept with their special foil-wrapped dust jackets as well as their bookmarks, then they just might become a collector's item in years to come, a worthy addition if you are looking to hand down your library to the next generation.

On the other hand, we can contrast this 'new' collectible with the original first edition of the Great Gatsby, with its memorable blue dust jacket with the hovering two eyes disappearing into a symbolist-nouveau inspired painting over the New York bay.

The original was first printed by Charles Scribner's and Sons in 1925. The hardcover cloth in in green, and with gold lettering upon the spine. Only 20,870 copies of this first printing were printed, and it was before the age when publishers started to helpfully put 'First Edition' on the covers or the publication notes. The only way to tell if your copy is in fact one of these very rare twenty thousand, is to check whether your book contains the typographical errors that were later corrected by subsequent copy editors.

On page 60, line 16, is the word 'chatter' or 'ecolalia' used? If the former, then the book is undeniably the very first printing. On page 211, line 7-8, is the phrase 'Union Street Station' or just 'Union Station'? Again, the former indicates the very first printing. If you're Gatsby edition is lucky enough to match all of these first issue points, then it is likely worth over tens of thousands of dollars!

Fitzgerald, F. Scott. The Beautiful and Damned. W. Collins Sons and Co. Ltd., London (1922). First UK Edition; differs from the American edition in some 700 readings of which 82 are substantive; also 134 lines are missing in this text.

Fitzgerald, F. Scott. Turkey Remains And How To Inter Them. Cooper and Beatty, Toronto (1956). With Numerous Scarce Recipes from The Note-Books of F. Scott Fitzgerald; 2000 copies

Fitzgerald, F. Scott. Afternoon of An Author. Princeton University Library, Princeton (1957). Introduction and Notes by Arthur Mizener; A Selection of Uncollected Stories and Essays; 14 uncollected stories and 6 essays by the Author; Includes photographs of Fitzgerald

Fitzgerald, F.Scott. The Pat Hobby Stories. Scribners, New York (1962). Intro by Arnold Gigreich; 17 stories, only 5 of which were previously published

Fitzgerald, F. Scott. The Classics of F. Scott Fitzgerald. The Easton Press, Connecticut (1991). Edited by Matthew J. Bruccoli and Judith S. Baughman; 7 volumes: Tender Is The Night, The Great Gatsby, Babylon Revisited, Tales Of The Jazz Age, Beautiful and Damned, The Last Tycoon and The Far Side; Illustrations by Fred Meyer and Richard Sparks