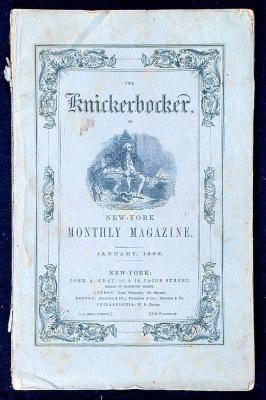 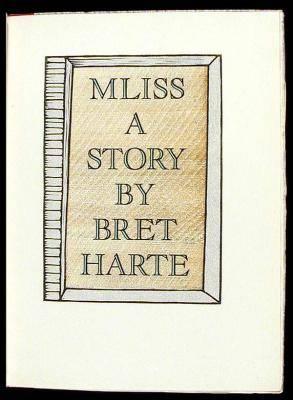 So many of the tropes we associate with the California Gold Rush come to us from Bret Harte's pen. As the premier author of literature set in and around the Gold Rush, Harte's influence on our view of it is undeniable. In fact, many of the facts we think we know about the California Gold Rush may come directly from Bert Harte's imagination; he was famously accused of inventing the cant with which miners in his novels speak out of whole cloth. Be these things as they may, Harte's strong and exciting prose and eye for detail continue to make him immensely popular and influential. Not only did he produce books, he also wrote poems and published these, along with his sketches, in newspapers; the variety of media in which he was published may be of interest to collectors.

One of Harte's best-known publication was as poem called "Plain Language from Truthful James," later retitled "The Heathen Chinee." Although it was intended as an anti-racist poem, the subtlety of the message was lost on most readers who took it up as license to discriminate against Chinese immigrants. The poem was widely published in newspapers as well as republished versions that often included illustrations.

First editions of Harte's best-known book, The Luck of Roaring Camp and Other Sketches (Fields, Osgood, and Co.: Boston, 1870), tend to be valued up to $1,500. Some editions sell for more if they are signed or otherwise notable.

Harte, Bret. Poems. Fields, Osgood, and Co, Boston (1871). First Issue, withS.T.K. on page 136. A JohnsonHigh Spot; Frontispiece and 7 other comic drawings inserted; CONTENTS: San Francisco, from the sea ; The angelus ; The mountain hearts-ease ; Grizzly ; Madron?o ; Coyote ; To a sea-bird ; Her letter ; Dickens in camp ; What the engines said ;The return of Belisarius ;Twenty years ; Fate -- In dialect.Jim ; Chiquita ; Dows flat ; In the tunnel ;Cicely ; Penelope ; Plain language from truthful James ; The society upon the Stanislaus -- Poems from 1860 to 1868. John Burns of Gettysburg ; The tale of a pony ; The miracle of Padre Junipero ; An Arctic vision ; To the Pliocene skull ; The ballad of the Emeu ; The aged stranger ;How are you, sanitary? ; The reveille ; Our privilege ; Relieving guard -- Parodies. A geological madrigal ; The willows ; North Beach ; The lost tails of Miletus.

Harte, Bret. An Episode At Fiddletown. Routledge, London (1873). and Other Sketches; With a Memoir; Authors Copyright Edition.

Harte, Bret. Tales of the Argonauts. James R. Osgood, Boston (1875). and Other Sketches.

Harte, Bret. Excelsior. Donaldson Bros., New York (1877). Presented by Enoch Morgans Sons Co; The rear wrapper of this copy lists 14 depots, but copies exist with 10 listed (which likely precede), as well as 18 (which are later).

Harte, Bret. West Point Tic-Tacs. Homer Lee and Co., New York (1878). A Collection of Military Verse Together with the Special Poem Cadet Grey by Bret Harte; Illustrated by Thomas Nast and other artists.