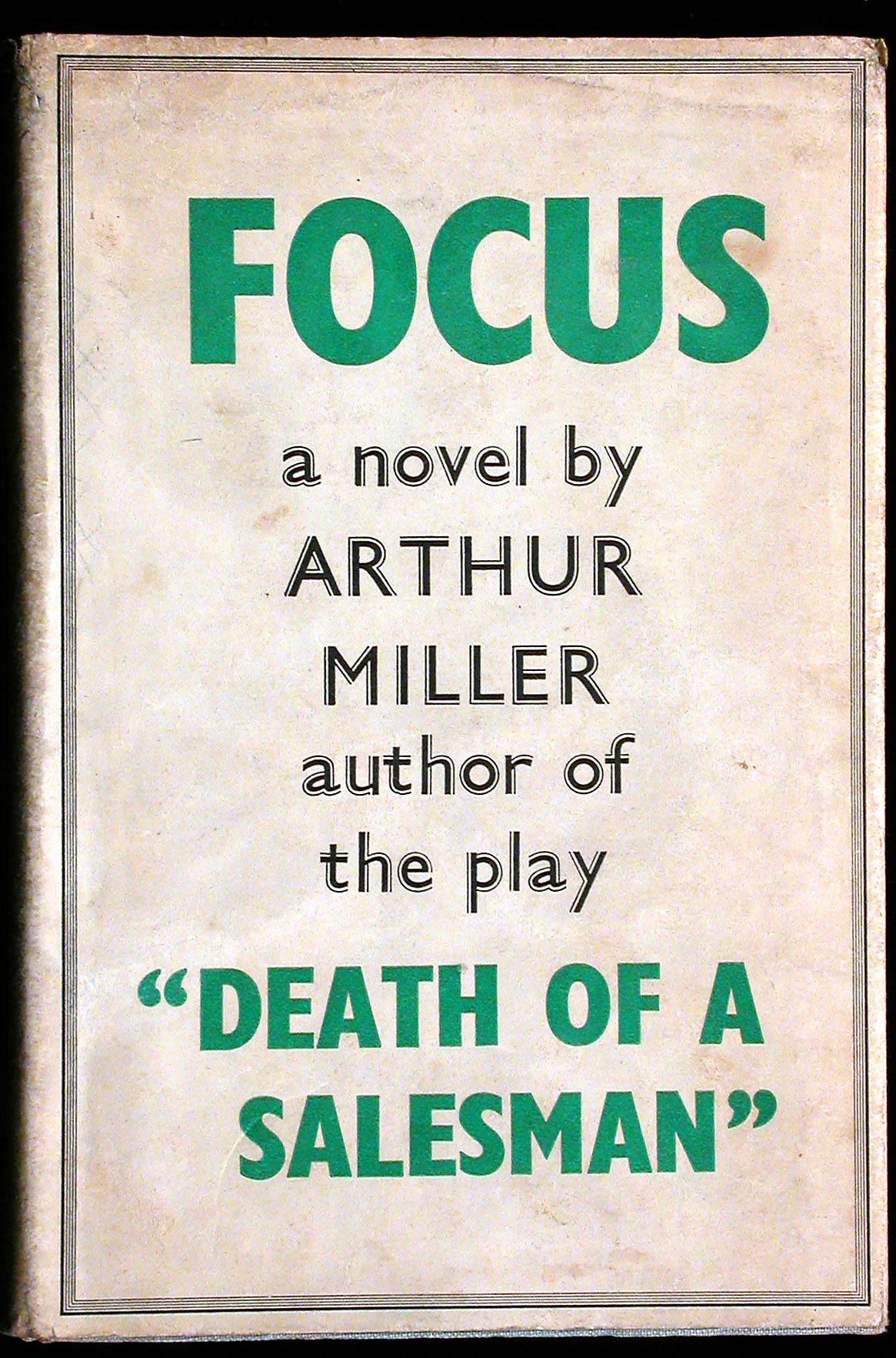 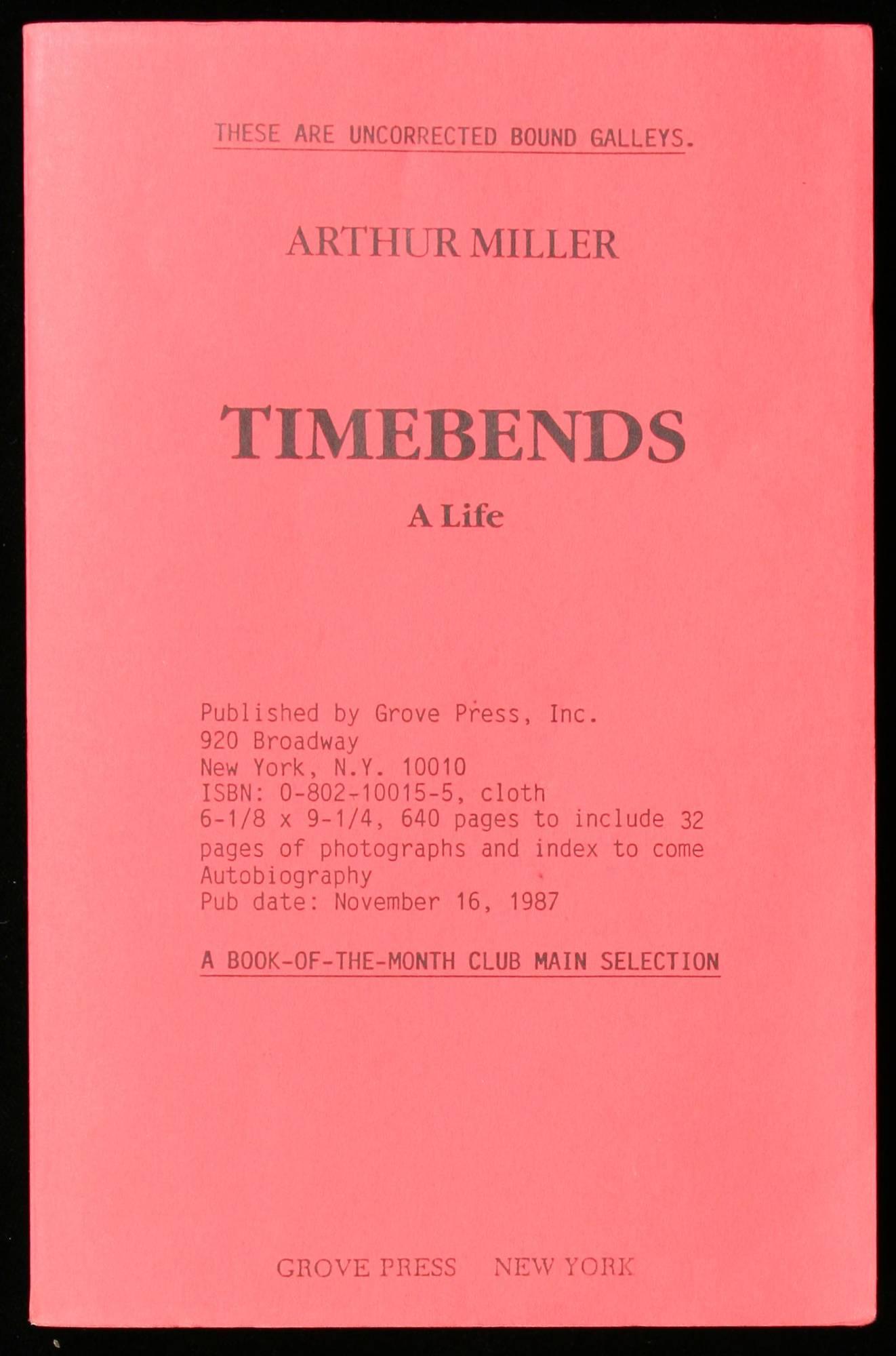 Arthur Miller is still considered one of the finest dramatists of his day, but it is perhaps not solely for his creative works that he is remembered. Miller's life was turbulent to say the least, with three marriages (one of them to Marilyn Monroe, no less), and almost a charge of un-patriotic and un-American activities. We may now look back and say that Miller led the almost stereotypical life of the post-war 1950's 'Angry Young Men' - albeit on the other side of the Atlantic.

One of Miller's most famous works is the play Death of a Salesmen (1949) which was immediately recognized as an important landmark for narrative theatre in its depiction of the individual in contemporary society, the family, and its questioning of not only the American Dream, but the Liberal-Capitalist model championed at the time. One of the things to look out for with this book is that it still has its characteristic black and yellow illustrated dust jacket, which remains in fine condition. A true first edition printing will also have its cover bound in orange cloth, to complement the dust jacket (as ever; important to check this detail).

Luckily with such a recent artist like Miller, there are also a wealth of other first editions, limited editions, and rare memorabilia which are available to collect. Consider his very first play (pre-Death of a Salesman) All My Sons (1947) which is largely overlooked by collectors but is actually the play that first garnered him some fame and notoriety. Try to find it in its original blue 'starry constellation' dust jacket. A very nice note, I feel, to end with is the possibility of print memorabilia for Arthur Miller. There are currently available (at time of writing) the playbill and ticket-stubs for the first productions of All My Sons and Death of a Salesman, as well as original reviews and author's letters in Life Magazine from the time. For the dedicated collector would make a marvelous edition to any collection on the post-war period, and the Angry Young Men sentiment.

Miller, Arthur. Situation Normal. Reynal and Hitchcock, New York (1944). The Story of a Journey in Search of a Theme -- for a War and a War Film.; author's first book

Miller, Arthur. Death of a Salesman.. The Viking Press, New York (1949). Certain Private Conversations in Two Acts and a Requiem

Miller, Arthur. After the Fall. Secker and Warburg, London (1964). Proof of UK Edition

Miller, Arthur. The Creation Of The World And Other Business. The Viking Press, New York (1973). and the catastrophically hilarious events of which they are a part

Miller, Arthur. Arthur Miller's Collected Plays. The Franklin Library, Franklin Center, PA (1980). Illustrated by Barron Stoey; Includes: All My Sons; Death of a Salesman; The Crucible; A Memory of Two Mondays; A View From The Bridge; Limited Edition privately printed and signed by Miller

Miller, Arthur. Death of a Salesman. The Viking Press, New York (1981). Certain Private Conversations in Two Acts and a Requiem; Limited Edition of 500 numbered copies signed by the author; Illustrated edition with black and white photographs from various productions of the play

Miller, Arthur. On Politics and the Art of Acting. Viking Press, New York (2001).